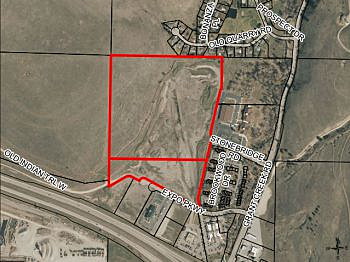 One month after a 400 unit apartment complex was approved for a low-income neighborhood on Missoula’s Northside, the Consolidated Planning Board on Tuesday rejected a rezone request for a multi-family housing project in the Grant Creek neighborhood, where homes sell for nearly twice the price.

Citing neighborhood opposition led by a lobby group, the board rejected on a 7-2 vote a proposal by KJA Development to rezone around 44 acres on a former gravel pit off Interstate 90 that would have accommodated a greater number and type of housing units.

“I understand housing is a real concern in our community,” said Neva Hassanein, who led the opposition to reject the proposal. “But increasing the number of units in and of itself will not be the thing that addresses our housing problem, and certainly not by doing it in a way that doesn’t incorporate the concerns of the neighborhood.”

While the proposal came with a recommendation for approval from the city’s Development Services and the Office of Housing and Community Development, opponents on the Planning Board cited a number of concerns in rejecting the rezone request.

They ranged from traffic concerns to a lack of infrastructure. But generally, they described it as a poor fit in an area “that will be developed anyway.”

“I don’t think anyone is saying they don’t want anyone to develop there,” Hassanein said. “The question is the total numbers and to me, that requires planning.”

Those who supported the measure described the property as a good fit for the proposed development. The site formerly served as a gravel pit and is bordered by several hotels, restaurants and businesses. It’s also within view of Interstate 90 and an existing interchange.

The city’s Office of Housing and Community Development also supported the measure, saying it provided an opportunity to provide housing and ensure that new housing was equally distributed around the city and not just in certain neighborhoods.

Office director Eran Pehan said Missoula will need to provide around 9,000 new homes by 2035 to keep pace with modest population projections. Each neighborhood should share that burden equally, she said.

“We need to consider these requests equitably across our community and not rely on just a few neighborhoods to bear the burden of our housing needs,” said Pehan. “This project provides this particular neighborhood, and this particular area, a good opportunity to create desperately needed homes. On balance, it’s the type of development we hope to see in this area.” 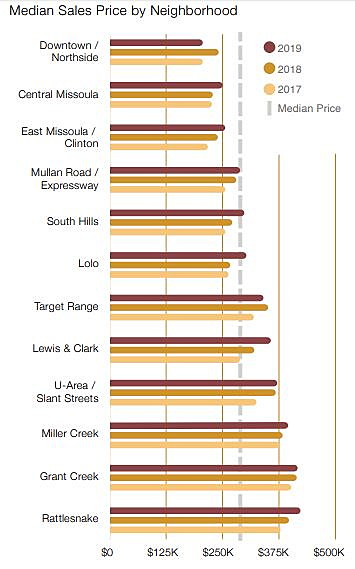 Pehan also cited the city’s housing policy, which looks to create housing opportunities across a variety of incomes. The proposed development would offer a mix of rental apartments, condos and single-family homes across the 44 acres.

“We do need rental homes at all prices,” said Pehan. “This supports a healthy market and prevents further rental inflation. In that sense, new market-rate housing does directly result in affordability across the market.”

The Friends of Grant Creek opposed the rezone request, citing its potential impacts on Grant Creek and other factors. The group mailed petitions to area residents opposing the rezone and received a nearly 50% response rate.

That opposition led some members of the planning board to vote against the rezone request, though for others it raised questions of privilege and equity. The median sales price of a home sold in Grant Creek was nearly $400,000 last year, according to the Missoula Organization of Realtors.

The median sales price of a home in the Northside neighborhood, where several large subsidized housing projects are under way, is just over $200,000. The Board of Adjustments last month approved a 400 unit subsidized apartment project for the Northside last month. There was no petition of opposition.

“In my time on the Planning Board, I’ve noticed there are some neighborhoods where we hear a lot from the public and others where we don’t hear a lot,” said Potts. “There are a lot of reasons for that. Part of it is passion and connection to place. But the fact of the matter is, part of it is ability, needs and time – whether or not people have the ability to make time at the end of the night and do something like this.”