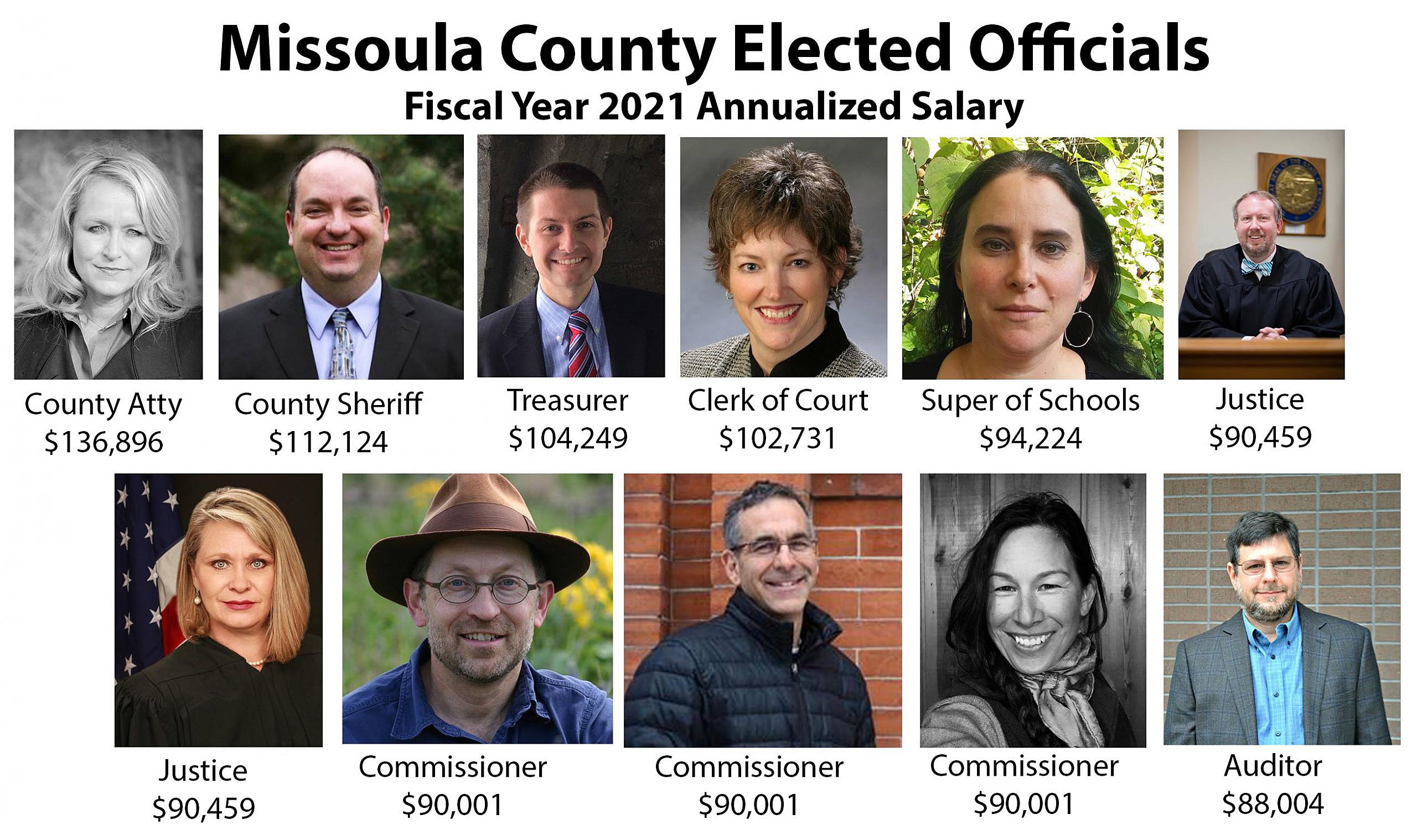 Elected officials in Missoula County will receive a pay increase of $.01 this next fiscal year, an agreement approved by commissioners in a resolution signed last week.

Under the salary schedule, commissioners will remain at $90,000 a year while the county sheriff will stay at $112,124 a year.

Earlier this spring, due to the pandemic, the county’s compensation board determined it wasn’t a good time to boost the salary of elected officials. The lowest paid among them earns $88,000 a year, that being the county auditor.

“The compensation board determined not to grant raises for elected officials this year,” said county COO Chris Lounsbury, who is not an elected official but rather is appointed.

Lounsbury said the one penny increase stems from an anomaly in state law that determines whether deputy sheriffs receive longevity pay. Increasing the salary of elected officials by $.01 is the smallest possible to ensure sheriff deputies still receive that pay.

“We have to grant some raise to elected officials or deputy sheriffs are ineligible to receive longevity during that period,” Lounsbury said. “The compensation board didn’t want that to happen.”

The $.01 pay increase went into effected on July 5, which began the new fiscal year.

The median wage for all households in Missoula County is $54,000 a year.