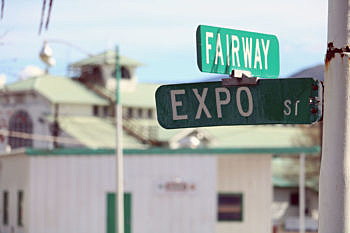 With a golden credit rating, and after waiting for the right timing, Missoula County has approved the parameters of a limited obligation bond to help fund Phase 1 improvements at the fairgrounds, where work continues to unfold.

Last July, the county issued a bond anticipation note, valued at $6 million, to begin funding roughly $14.5 million in renovations associated with the first phase of work.

The county had intended to issue a limited obligation bond in December to cover that and remaining costs, though Andrew Czorny, the county’s chief financial officer, said the timing was off.

“They weren’t ready to go on the bond market yet, so we issued the note to cover that first $6 million of construction,” he said. “Since then, we were hesitant to go back into the market, so we had that note extended several times.”

Czorny said the initial $6 million used to fund initial construction has been taken out of cash. The money has gone into a fairgrounds account set up for assessments, he said.

So far, fairgrounds improvements have cost around $10 million. The new bonds will cover that cost, according to Czorny.

“These bonds will take out the bond anticipation note, and will also pay for the construction to date,” Czorny. “They will provide funds for future construction, up to $15 million.”

“The county is a good steward of taxpayers’ money and we have a good bond rating,” Czorny said. “These agencies know we’re going to do right by their loan, we’re going to spend it appropriately and pay it back. It takes decades to cultivate that type of reputation.”

Phase 1 work has included preservation of the historic Commercial Building, and the construction of a new concessions building. Utility work, a new maintenance shop, a new learning center, and trails and landscaping are also included.

Fairgrounds directory Emily Brock said the construction of a new plaza is moving forward and should be finished this fall.

“We are almost done with this project,” she said. “It’s really looking good. We got all the planting in earlier this week. Normally we’d plan a big ribbon cutting, but with COVID, we’re not going to do that.”

Various user groups ranging from 4-H to ice sports at Glacier Ice Rink were expected to ask the county to place a general obligation bond on the November ballot to fund the next round of facility improvements.

The general obligation bond, which is still a possible ask in future years, would fund an expanded ice arena, a livestock and equestrian center, a rodeo arena and additional green space.

In July, commissioners said the general obligation bond was ill-timed with the economic challenges brought by the COVID-19 pandemic and wouldn’t be approved if the groups presented it to voters this November.