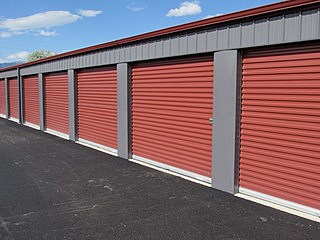 East Missoula residents spoke in number on Thursday against a request to rezone 2 acres of their Main Street neighborhood for a mini-storage project, one they believe runs contrary to their plans and vision for the changing community.

Missoula County commissioners agree and denied the rezone request, saying it failed to encourage the most appropriate use of the property in the proposed district.

“I don’t think it’s hyperbole to say the intended use associated with this rezoning would be like driving a stake through the heart of East Missoula,” said Commissioner Dave Strohmaier. “I don’t think this substantially complies with the growth policy and land-use element. I cannot imagine how the intended use would align with the goals articulated there.”

An attached housing development was once planned for the 2-acre property back in 2011 under residential zoning. The project never occurred and over the summer, Tri-East LLC submitted its request to rezone the property to allow for commercial uses.

But widespread concern began to spread among East Missoula residents, who submitted more than 20 individual comments and a petition opposing the placement of storage units on what amounts to the community’s Main Street.

Plans being developed by the community have already identified the area as a future neighborhood center, providing everything from food trucks to retail businesses and housing.

“It’s supposed to be a neighborhood focal point and a center of activity,” said Lee Bridges, chair of the East Missoula Community Council. “I don’t feel that the storage units proposed in this rezoning effort meets any of that criteria.”

Paul Forsting of Territorial Landworks, representing Tri-East, said that most of Highway 200 through East Missoula is zoned commercial. It would be unfair to prevent Tri-East from receiving the same opportunity, he said.

“This property sits in the middle of a commercial corridor,” Forsting said. “We are the only non-commercial zoning district that adjoins the highway and sits in a mix of other light industrial and commercial uses.”

“When we talk about storage units not being appropriate here, that’s what exists there. They generate taxes and bring site improvements with them,” Forsting said. “I understand the messaging that we don’t want storage units here, but the reality is, there’s limited commercial uses that can exist in this neighborhood.”

Residents disputed that perspective, suggesting that residential uses are beginning to find their way to the corridor. The community also is working on a corridor plan and a vision for East Missoula, and those efforts need time and space to manifest.

Erin O’Riordain, an East Missoula resident, was among many who said “things happen to East Missoula” without neighborhood input. Slipping in a storage project on “Main Street” just before the community can adopt its visionary plans was fundamentally unfair.

“This rezone request not only dishonors our vision for our community, it directly impedes it,” said O’Riordain. “Our community has a vision and urgent wants and needs for our neighborhood. They talk about it being industrial and commercial anyway, but we are trying to change that.”

“This is a spot designated for food trucks, a small farmers market and picnic tables,” she said. “The vision of storage units butted right up against that as the background just doesn’t fit with this beautiful vision that’s been in the works for so long. I feel our community deserves something better.”

Commissioners agreed and denied the rezone on a number of points. Among them, it failed to comply with the goals of the county’s land-use designation that envisions a neighborhood center.

“Can you imagine the outrage of mini-storage units in downtown Missoula next to the County Courthouse, where a very different vision of what a community center might look like,” said Strohmaier. “We’re essentially talking about the heart – the downtown core of East Missoula.”