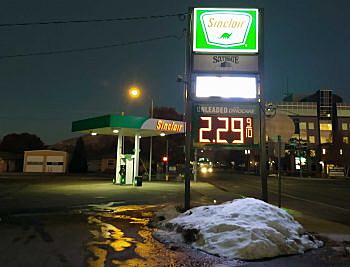 Members of the Missoula City Council presented an update to their proposed ban on flavored tobacco on Wednesday by changing it to affecting only flavored e-tobacco and stronger language enveloping the ordinance.

Sponsors of the ordinance said stronger language was added due to the ordinance that will “no doubt” be challenged in courts, according to council member Mirtha Becerra, who said the risk doesn’t mean the ordinance shouldn’t proceed.

Becerra is one of the proposals’ five sponsors.

“Just because this ends up in court, doesn’t mean we shouldn’t legally pursue it,” said Becerra. “Yes, this could end up in court. Yes, our city attorneys can handle it. Yes, it was contemplated in the city budget we approved and yes, it is absolutely necessary that we do this for something we believe will protect our youth.”

Jones has advocated for the ban over the past few months.

“It’s in regards to being able to have a strong ordinance that really goes to the causation issue of the epidemic in electronic tobacco use in our youth. We prioritize that to really address that issue because this is something that if we pass it, we want to have it held up in a court,” Jones said.

Some of those changes to bolster the ordinance include clarified definitions and penalties, more supporting data and a severability clause which would allow the rest of the ordinance to go forward if any part of it was declared invalid or unconstitutional once passed.

“The Youth Access Act is intended to address youth, and it really doesn’t talk about adults. So, arguably the act doesn’t apply to adults to begin with,” Nugent said. “Unless there’s another section of the law that the courts or those attacking it believe is being violated, I don’t think that the regulations are more stringent.”

Council member and co-sponsor Julie Merritt said the dialogue regarding the ordinance shouldn’t center “on backing people in a corner” over the fear of a lawsuit.

“If we’re not taking action to do things like this to protect our youth, then what are we doing here? If this turns around and there is a lawsuit filed, you guys are going to stand there and point fingers,” Merritt said. “In my opinion, it is worth doing. That’s why I am a co-sponsor on this legislation.”

If there is a lawsuit, it will likely be handled in-house with salaries already allocated in the budget. Nugent said the only cost will be “staff time” and he’s been to the Montana Supreme Court before, and could do it again.

The amended ordinance led to revoked support from others and gained partial support from previous opponents. It still has needed support by Missoula County Commissioners to accomplish a five-mile radius around Missoula.

In a statement by Dr. Rob Stenger representing the Missoula City-County Board of Health, he encouraged the City Council to pass the ordinance as originally written.

“From a public health standpoint, the right choice here is clear. While vaping has been the trendy choice in recent years, we know that any flavored tobacco product will drive youth initiation and continued use, leading to another generation struck with life-long nicotine addiction,” Stenger stated.

“If flavored vaping products are banned, many kids will use other flavored products instead. The tobacco industry has over decades demonstrated as getting new and existing users to switch to different products when one product becomes more highly regulated.”

Amanda Cahill of Montana American Heart Association called the change “unconscionable.” Their organization was one of several who asked for a return to the previous ban and don’t support an only e-tobacco-only ban.

“It makes no sense to leave products on the market that we know lure and addict kids and we know that. They’ve been doing that for decades,” Cahill said. “So, the opportunity to switch from vaping products, which are pretty bad, to switch to traditional products which we know absolutely addict and kill.”

Earl Allen, marketing manager of Noon’s Food Stores, was one of a few mini-market and gas station owners who, while still having concerns, thanked the council for the changes to the ordinance.

“The language you had before had the chance to be very detrimental to your local small businesses in this town and that has repercussions, and I appreciate the fact that you have been in the effort to tighten some things down,” Allen said.

Sponsors plan on making minor changes to the ordinance and will have another hearing at the Public Safety and Health Committee Nov. 11. It would then likely go to city council Nov. 23.