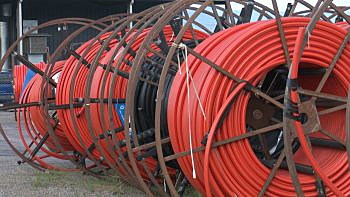 (KPAX) HELENA — Nearly $126 million in federal funds have been awarded to six firms to bring high-speed Internet to some rural areas in Montana – but questions remain about what the final product will look like.

“If you’re one of those unserved customers and you have somebody maybe coming and delivering broadband where you don’t have it – I can’t see anything wrong with that,” said Geoff Feiss of the Montana Telecommunication Association. “But once you start peeling that onion back and start looking at the details, is where some of the concerns arise.”

The six companies will have six years to make high-speed Internet available to about 46,000 unserved locations in Montana. It’s all part of $9 billion awarded last week by the Federal Communications Commission, in an auction of Internet-service subsidies for rural America.

According to maps filed with the FCC, most of the areas to be served in Montana are in the western part of the state – although some are south of Billings, and in areas near the eastern Montana towns of Havre, Lewistown, Miles City and Glendive.

It’s been allocated $73 million to serve nearly 30,000 locations in Montana with satellite Internet, powered by the emerging technology of low-earth orbiting satellites, or LEOs.

Some telecom officials in Montana told MTN News that they’re skeptical of whether the LEOs will work, consistently and for the longer term. Feiss said it’s not yet known what type of equipment a consumer would need to operate the SpaceX product or what it would cost.

“We don’t know if there’s going to be data caps, we don’t know what the cost of this product is, because we don’t have a commercial product out there,” he said. “So there are a lot of questions about what the LEOs can deliver.”

SpaceX did not return a message seeking comment. However, the FCC has imposed a “quiet period” on the bidders while it further vets their proposals, before distributing the money.

Feiss is general manager of the MTA, whose members are smaller telecom companies and co-ops that serve rural Montana, with both “land” telephone lines and high-speed Internet. Some also provide cell-phone service.

Only one of MTA’s members – Blackfoot Communications of Missoula – won a bid in this latest round of FCC funding to expand high-speed Internet into rural areas. It will received about $13 million to serve 2,700 locations.

Another concern raised by Feiss is whether Internet speeds offered by satellites will become the standard that rural customers can expect in Montana – instead of potentially faster speeds from fiber-optic cable.

While the speed promised by SpaceX – 100 megabits per second (mbs) for download and 20 mbs for uploading – is more than adequate and faster than many urban Montana customers have on cable Internet, fiber-optic speeds can be increased as Internet usage expands, he said.

But if federal broadband subsidies are going primarily to lower-cost satellites, it’s unlikely that more fiber-optic cable will be installed in rural America, Feiss said.

“Will low-earth orbiting be the standard broadband infrastructure, and will fiber become impossible to fund, or obsolete?” he said. “In other words, will 100-by-20 become the new standard (and) will we forego fiber deployment, (whose capacity) is essentially limitless?”

Feiss said it appears that Lumen, Ziply, Blackfoot and the Rural American Consortium are proposing to use their awards to install fiber-optic cable. An FCC map indicates most of these installations will be south of Missoula and near Kalispell and Libby.

Feiss also said it’s ironic that Lumen and Frontier won awards, since they’ll be using the money to provide high-speed Internet to customers already in their service area – and to which they’ve so far failed to provide that service.

The FCC awards announced last week are part of a $20 billion effort to expand high-speed Internet into rural parts of the country. The $9 billion in awards is the first phase, which is aimed at areas with no such service. The second phase will target “under-served” areas, which may have some service, but it’s not particularly fast.

In this first round, SpaceX won almost $900 million in awards to provide satellite Internet to areas in 35 states. Its award in Montana of $73 million was more than it received for service in every state except Washington.