The Confederated Salish and Kootenai Tribes are pushing back against a television show they say is exploiting missing and murdered indigenous people, especially those on the Flathead Reservation, for ratings.

On Thursday, CSKT Chairwoman Shelly R. Fyant called out the producers of the ABC television show “Big Sky,” a fictional series about detectives investigating missing women and children in Montana.

The vast majority of the show is filmed in Vancouver, Canada, with non-native actors, which is already somewhat of an insult to tribal nations. On Nov. 17, tribal nations – including the Rocky Mountain Tribal Leaders Council that represents all of Montana’s tribes – sent a letter criticizing ABC and producer David E. Kelley for focusing on abduction of white women while ignoring the fates of many indigenous people.

In a Dec. 2 statement to the Associated Press, the producers said their “eyes have been opened to the outside number of Native American and Indigenous women who go missing and are murdered each year, a sad and shocking fact.”

Then, the CSKT received two emails this week asking for aerial footage of the reservation and for information about military insignias on the tribes’ veterans’ memorial. The show had hired an Okanagan Salish woman to portray a CSKT councilwoman who would be filmed with the seal, and she emailed saying they were filming her scenes on Saturday. 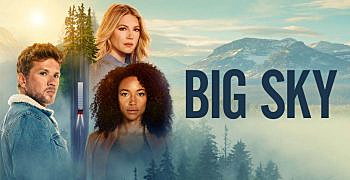 Many places require filmmakers to get prior permission to film on location, such as in national parks or other countries. The producers for another television show being filmed in Montana, Paramount Network’s “Yellowstone,” did go to the tribal council and received authorization to film on the reservation.

CSKT spokesman Robert McDonald said some of the visuals he’s seen appears to be photos or video gleaned off the internet.

Fyant said that in this case, it wasn’t just that the show didn’t ask permission – it’s the fact that the show deals with such a personal, painful issue for tribal members: missing and murdered family members.

Just this week, the CSKT became the first tribe in the nation to work on developing a Tribal Community Response Plan as part of the U.S. Department of Justice Missing and Murdered Indigenous Peoples Initiative. Lessons learned from the pilot project will help fine-tune the guidelines that the rest of the tribes will use to develop their own response plans.

Charkoostra writer Bernard Azure said ignoring the tribal council and missing and murdered indigenous people was just a continuation of what has occurred in the U.S. for decades.

“I think about the things related to the census with reference to us as ‘other’ or “’something else.’ It’s just one thing after another. So it does get old and tiring that we are mis-portrayed as a people,” Azure said.

Kidnapped and murdered family members is an issue that is very high on the tribes’ list of concerns, so the casual emails felt dismissive. They didn’t seem to come from someone who has had their eyes opened, Fyant said.

“For us to be subcontracted out on an ABC series, that’s just not right. We’re not subcontracting out our identity or our government,” Fyant said. “Forget the numbers. These are very real families that are affected by this.”

The CSKT emailed ABC and the Okanagan Salish actress last night saying they didn’t want to be depicted. Fyant said they have yet to get an answer back.

The CSKT may have been directly affected in this case, but after this, none of Montana’s other tribes that signed onto the Nov. 17 letter will likely want to cooperate with the show either. Fyant said other tribes across the nation have had issues with Kelley.

The show would have to show “Somebody’s Daughter” or something similarly significant to recover from the insult to the CSKT, Fyant said.

“Because of the nature of the series, we don’t want any affiliation with them,” Fyant said. “We don’t want to be that token tribe, basically a sell-out.”