On a 9-3 vote, members of the Missoula City Council this week agreed to a contract with the Catholic Diocese of Helena to continue using a popular Northside neighborhood park for the next half century.

The land use agreement essentially maintains the park’s existing uses, which include a community garden and a softball field.

Donna Gaukler, director of parks and recreation, said the city has been using the park for decades without an agreement. The grounds are owned by the diocese and controlled by the Resurrection Cemetery Association.

“One of the things I wanted to do, given our low level of service for parkland, and as this neighborhood continues to grow and become more dense, is make sure the city had a long-term interest in this property so we could invest in it and make it a much more multi-use space for residents in the neighborhood,” Gaukler said.

While the city has greatly expanded its parkland in recent years, including the addition of Fort Missoula Regional Park and MRL park in the Midtown area, Gaukler said some neighborhoods remain underserved.

Based on population and households, the Northside area must retain its existing parks – currently around 12 acres – and add to them in the coming years. Based on the city’s parks plan, the neighborhood should have around 56 acres of parks. 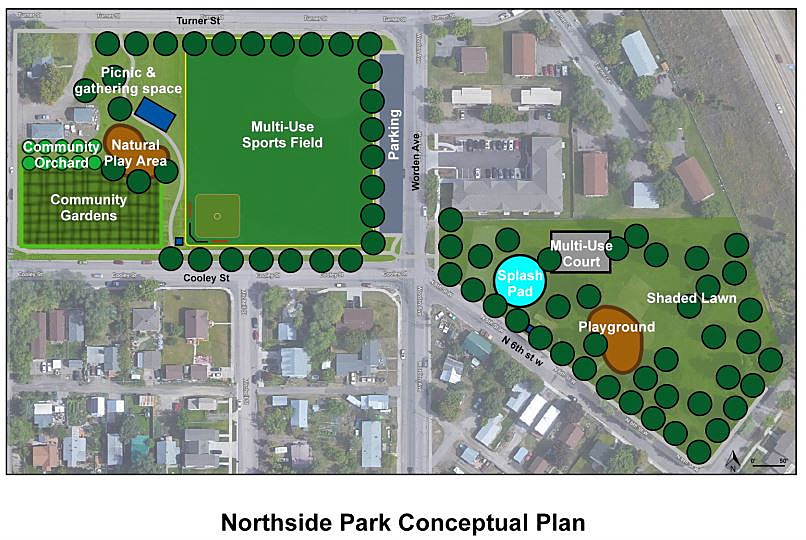 Under the land use agreement, if adopted by the full City Council next week, the city will pay the cemetery association around $3,762 a year. The term of the agreement is for 50 years.

While most council members supported the concept, some opposed it due the cost. They cited the pandemic and the financial strain it has placed on some businesses and households.

“We need to weigh our wants versus needs,” said council member Sandra Vasecka. “I don’t think this is a need at this time.”

Other council members said that keeping the park in the Northside inventory represented a neighborhood need.

“Parkland is an important piece of having an equitable community,” said council member Amber Sherrill. “We’re going to have a hard time keeping up with parkland even without this.”