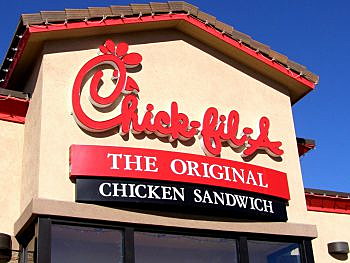 You know you’ve made it as a city when Chick-fil-A comes to town.

The fast food restaurant, which has long advertised in the Missoula market, became the latest restaurant to file for a building permit on – you guessed it – North Reserve Street.

According to the permit, Gateway Limited Partnership plans to demolish the old Pier 1 Imports store and replace it with a new 5,000 square food Chick-fil-A, which offers chicken.

Since the beginning of the new year, a number apartment projects also have filed for a permit, according to a review of the city’s commercial building permits.

Added up and they account for 187 new housing units.

– 24 unit apartment building by Edgell Inc. (no address given)

– 23 unit apartment building by Edgell Inc. (no address given)