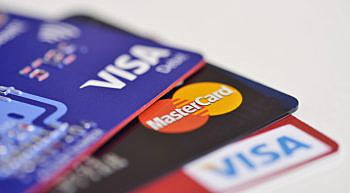 Citing reimbursement concerns and mounting costs, Missoula County will reinstate the user fees on credit card, which it waived last year as a response to the pandemic’s economic impacts on families and businesses.

Since May, when the fees were initially waived, the county has incurred more than $307,000 in fees. Those fees once were paid by the credit card holder, but the county opted to pick them up last year to help soften the pandemic’s financial toll.

“It’s a significant amount of money,” said Andrew Czorny, the county’s CFO. “We’re not a retailer, so we can’t bury it in the cost of goods like most retailers do with credit card fees.”

Last spring, the county negotiated a deal with its credit card processor to absorb any user fees on a maximum payment of $3,000. That was high enough to cover most payments, which are typically made to property taxes, registration and the clerk of court.

Since then, the county has covered more than $300,000 in credit card fees, which are applied by the credit card companies.

While the temporary waiver was intended to last through June, commissioners opted to end it now, citing political uncertainty in both Washington, D.C., and Helena.

“It makes sense to me to suspend our current approach until such a time we have some sense of where the new administration’s relief packages might fall,” said Commissioner Dave Strohmaier.

President Joe Biden is urging Congress to pass a third coronavirus relief package, but that has encountered a partisan standoff. This week, commissioners asked the state’s congressional delegation to ensure that counties with populations under $500,000 receive direct aid in whatever new package emerges.

The last package only provided direct aid to the dozen U.S. Counties with populations larger than 500,000 residents. That left most counties without any reimbursement and others at the whim of state government.

With a new administration in Helena, commissioners are concerned that Gov. Greg Gianforte may distribute future relief funding received by the state to different causes. That could leave counties – and taxpayers – holding the bag for the cost of responding to the pandemic.

It’s one reason Missoula County commissioners opted to end the county’s waiver on credit card fees. The county hasn’t yet been reimbursed for the $307,000 tally it has already incurred.

“We were given some assurances and pre-approvals but we haven’t seen one dime of it yet,” Czorny said. “That’s a concern. And with the new administration and budget director, we don’t have that end that we once had with the old state budget director.”

Credit card fees differ by company, with American Express fees running as high at 8%. Continuing the fee waiver could cost the county an additional $300,000 or more by the end of summer.

“It’s a shame to have to get rid of this, given the cost and it’s value to people.” said Commissioner Josh Slotnick. “We’re in an economic crisis. Hopefully we’re only putting a pause on this for a month or so.”