A new bill in the Montana Legislature would allow voters to decide whether to adopt a local option sales tax to help offset rising property taxes and transfer the cost of some services to tourists.

The measure is something the city and county of Missoula County have supported for years and are currently lobbying the Legislature to considering as an essential means of property tax relief.

Luxury products and services are considered items that are normally purchased by tourists. The tax would not include groceries, medicine, appliances, gasoline or motor vehicles, but would include restaurants, bars, recreational services, rental vehicles and clothing.

Bill sponsor Sen. Chris Pope, D-Bozeman, told the Senate Taxation Committee in the bill’s first hearing on Wednesday that the local option sales tax would be a “tool in the toolbox,” relieving local government’s primarily dependence on property taxes.

“We have a tool in the toolbox to do no harm, to be fair, accountable and transparent, that is proven by the electors, to fix something that honestly is going to break the back of our large urban centers,” Pope said.

The local option sales tax rate would be determined by the local government, with voters then deciding on the proposal. It would not exceed 4%, similar to the 2019-approved resort tax rates for Montana.

If the local option sales tax were to pass, it would be enacted for 10 years unless residents vote to repeal it during that time.

SB313 outlines local sales tax proceeds to be split, with 50% allocated to infrastructure, affordable housing and administration. Twenty-five percent would be allocated to reducing municipal or city-county property taxes, 20% for counties to use for “any purpose” and 5% to be allocated for local government’s administrative costs.

Just this legislative session, House Bill 187, a bill that would have created a local option tax, was tabled in January. Compared to other local option sales tax bills, the new bill specifically designates proceeds to the county.

Pope said it would give counties more freedom to pursue affordable housing projects.

“Each of these bills is trying to find a slightly different angle of attack,” Pope told the Missoula Current in an interview. “There have been local option taxes for resort communities where it’s mostly about tourism. We have tourism in Bozeman and in Missoula, but we aren’t just for tourists. We’re not like West Yellowstone and others.”

Pope mentioned millions of tourists who regularly visit Bozeman who use the roads, public utilities, police, infrastructure and other public services as part for mostly free. Those services are supported almost entirely by local property owners who pay property taxes.

“This is an instance where the larger urban areas in Montana are starting to feel like they’re on a slippery slope,” Pope said. “We can’t afford to let these wonderful communities fall into disrepair, because they’re being loved to death.”

Elected officials and representatives from Missoula and Bozeman spoke in support of the bill, including both mayors. The Montana League of Cities and Towns, a nonpartisan coalition of 127 Montana municipalities, also support the bill.

Missoula Mayor John Engen, who’s testified to the Montana Legislature several times in favor of a local option sales tax in his four terms, said he’s “not naïve enough” to believe that the bill will find a favorable Legislature, but still will continue to support local option bills like SB313.

“This is an opportunity to the residents of my community to decide whether or not residents want to pay a fraction of the cost of maintaining our city,” Engen said. “Please get your big government out of the way, and let me decide the solution to the taxes and the voters. I’ll accept the outcome of the elections, but I think Missoula and many other communities will support the solution.” 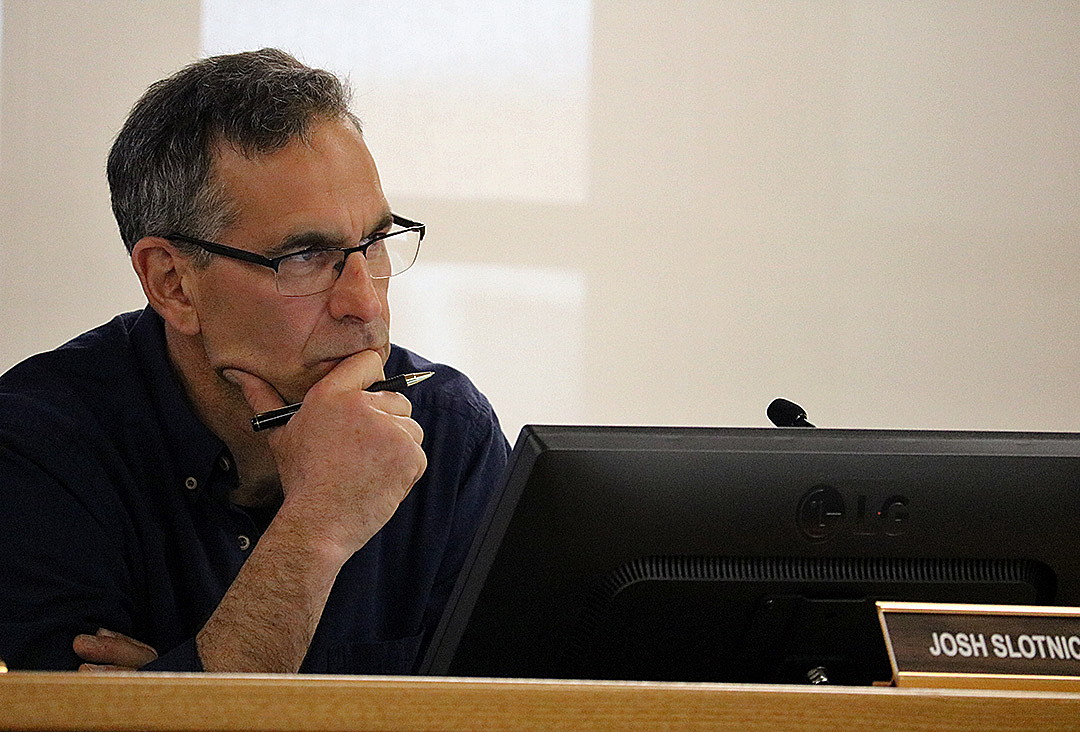 Missoula County Commissioner Josh Slotnick expressed a similar sentiment in support of SB313, saying that “one size does not fit all” for Montana communities.

“Paying for services here is entirely on the shoulders of the residents. We have 112,000 residents that pay for services, and with 1.5 million tourists a year, it’s no wonder why property taxes continue to rise,” Slotnick said. “We have so few tools to generate revenue that don’t land on the back of the people who live here. This is one of them.”

“We’re placing way too much of a burden on our current tax system. It is unsustainable and we need tax reform and a more diverse tax base,” Jones said. “I think Senate Bill 313 is the best vehicle for that I’ve seen to date. It would give that option to local governments to diversify their tax base if their constituents choose to do that.”

Representatives of the Montana Budget and Policy Center and the Montana Taxpayers Association spoke against SB313. Opponents said local option sales tax offers relief from taxes only for a few and will negatively affect rural residents who have to travel to bigger towns in Montana for goods.

“These mechanisms do not often provide support for lower income residents who are renters and not property owners,” Rose Bender, senior fiscal policy analyst for the Montana Budget and Policy Center, said. “They deepen economic inequality in our state by requiring rural people to subsidize urban areas for their travels.”

Bob Story, the executive director of Montana Taxpayers Association, said it was mostly a good bill for a local option sales tax, but these types of taxes won’t work well in Montana.

“In small parts of the state, people have to come to your city that have restaurants, bars, hotels and motels, those types of things,” Story said. “A significant amount of the money will be paid by Montanans who are tourists when they travel within the state as well as you’ll get some revenue from people outside of the state. The solution that I think everyone understands that would be helpful, but it’s not politically possible, would be a statewide sales tax and everyone would benefit from property tax relief.”

Pope said he’s willing to work with senators on adjusting the bill’s language like making clothing a non-luxury item. He said he wants the bill to come out as perfect as possible if it does reach the Senate floor.

“This is not a perfect bill, and none of us in this room probably wants to talk about massive tax reform,” Pope said. “The idea here is that we are trying to narrow down to stuff that works and does no harm. Because, other than that, we all have different ideas. I don’t want to represent this as a wonderful county bill or a wonderful anything bill. It’s just a bill that is essential to cities that you’ve heard from this morning.”