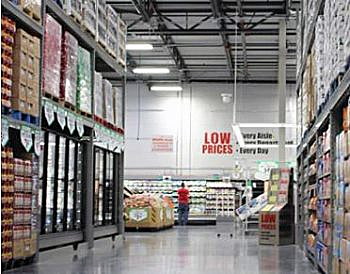 WinCo Foods will open its new store on south Reserve Street later this month, according to a company post on Facebook and a hiring ad on its homepage.

While WinCo has not returned calls regarding its new location and couldn’t be immediately reached on Tuesday, the post suggested a grand opening on Feb. 22 at 9 a.m.

It will also open its new Bozeman store on the same date at the same time.

WinCo purchased the old Shopko building at 2510 S. Reserve Street in October 2019, roughly six months after the retailer closed. But WinCo already had eyes on Montana.

In March 2019, just as Shopko was closing, WinCo moved into the state, opening stores in Billings and Helena. They represented the company’s 125th and 126th locations.

“The impact was immediate as shoppers poured into both locations from all over the state to take advantage of the everyday bargains,” the company claims on its homepage. “WinCo is currently planning its further expansion into the state.”

WinCo is employee owned and known for low prices and unique items. The company became a founding member of Certified Employee-Owned, an alliance of companies dedicated to employee ownership.