With a grand opening set for “2.2.22,” elements of the American Rescue Plan could give Missoula International Airport a boost as it closes up one phase of its terminal project and begins the next.

Congress passed the $1.9 trillion rescue plan this year, including $8 billion earmarked for airports. The Missoula facility could net around $10 million in funding from the latest plan, though the figures haven’t yet been provided.

“We’re just waiting for the American Rescue Plan and whatever that number may be,” said interim airport director Brian Ellestad. “We expect to find out our numbers in mid to late April. That’ll be good news we can put toward the project.”

The new round of funding, combined with earlier stimulus bills passed by Congress, will help the airport pay down debt associated with new south concourse, which carries an estimated cost of $69 million.

The revenue could bring the east concourse within reach. That portion of the project will add four additional gates to the airport at a cost of around $30 million. Both phases are needed to accommodate passenger counts and the increasing number of aircraft.

“As we get closer to opening the first phase, we continue to also work on the next phase, which will include a new baggage claim, rental car offices and 3 to 4 new gates,” Ellestad said. “With the American Rescue Plan, staff believes that plan is now in reach.” 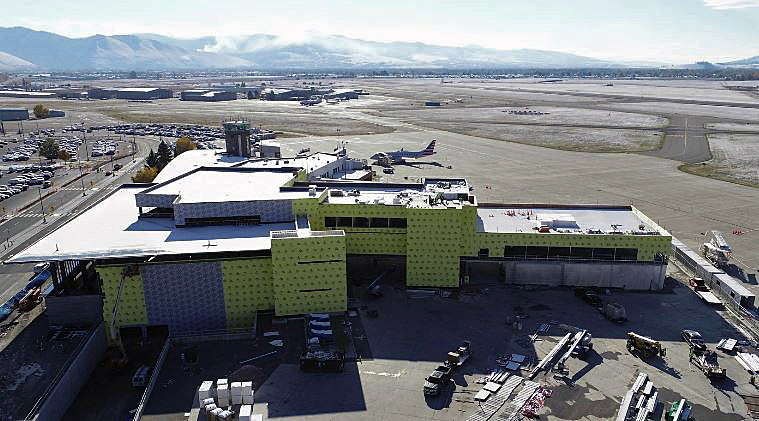 The airport has contracted Martel Construction to begin pricing the next phase based upon the design package. Those figures will be given to the Missoula County Airport Authority by the end of April.

The airport looks to begin Phase 2 as soon as Phase 1 closes.

“We’ll do a project budget update at our April board meeting to prepare for what we think will be a mid-May workshop session for the east concourse and what those Phase 2 plans might look like for the building,” said Tim Damrow, director of projects for the airport. “Martel is working through pricing on that updated plan set.”

“These funds can be used for operations and maintenance expenses and debt service,” Ellestad said. “It seems that the most logical use of these funds for Missoula will be to service debt.”