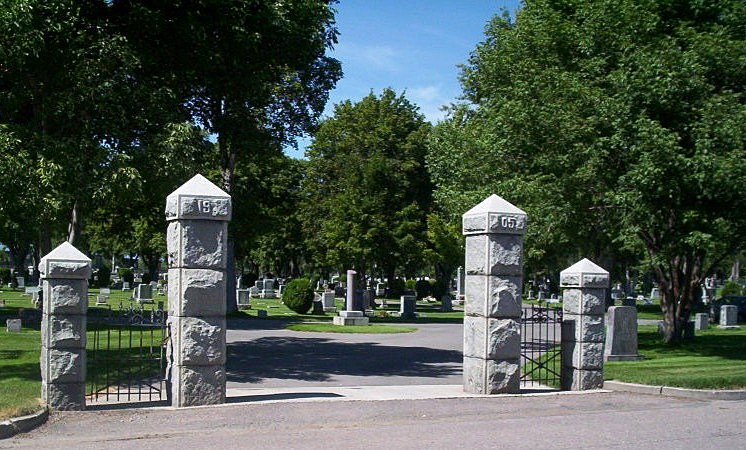 With fewer people choosing a burial when they pass, the Missoula City Cemetery will have unfilled lots for centuries to come, according to a strategic cemetery plan approved this week by the City Council.

The plan, authored by L.F. Sloane Consulting Group, recommended the City of Missoula divest surplus land and adapt the cemetery to future needs as it faces declining burials and usage like other cemeteries nationwide.

The recommendations include divesting roughly 30 acres of undeveloped land to residential use. The surplus land was initially picked up decades ago by the municipal cemetery with the goal of connecting the cemetery to the nearby Catholic cemetery to the east.

But an increase in cremation rates and spread-about families helped lead Sloane’s conclusion that the cemetery will have enough lots for the next 200 years on just 50 acres of property.

“Knowing that a lot of us are struggling in the community to have a roof over our head, the strategic plan was talking about really how we can do something better than we are on the path of doing,” council member Heather Harp said. “As we look to acres that we can possibly redevelop in the future, this poses a real possible solution to our housing needs.”

Of the 30 acres recommended for divestment, roughly 22 of them should be dedicated to residential development, according to the plan. The rest of the surplus land would be allocated to future cemetery development.

That could include utilities, storage, a buffer between future residential development and a proposed improved cemetery complex. 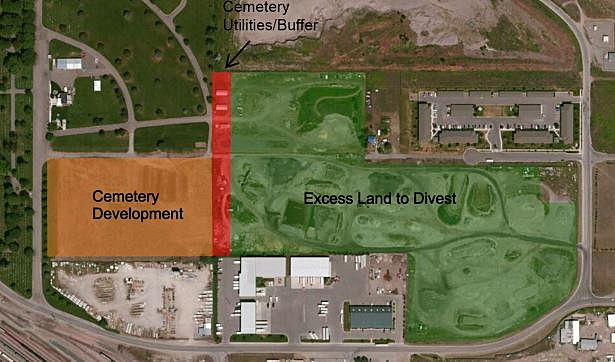 The decision to determine the 30 acres as surplus land came from Sloane’s analysis of trends with the cemetery and in Montana. From 2009 to 2018, the city cemetery sold an average of 35.4 graves. With the 50 acres on the property, the cemetery has 7,085 currently available lots, suggesting the cemetery has 200 years of lots available.

The cemetery itself receives a small share of the market in Missoula too — roughly 13% of full-body burials and 8% of cremations.

“There are many factors that contribute to this low rate, including the competitive marketplace which features both a strong state veteran cemetery and a catholic cemetery, which each capture specific market segments,” the report stated.

Even with a growing population in Missoula, Montana has one of the highest cremation rates in the nation of 75.8%, which authors of the study only expect to rise over the next couple decades.

The study recommends ways to keep the cemetery relevant as it faces declining usage. Events like Stories and Stones, an annual tour in which historic Missoulians lives are narrated, is considered by the report as a great example of an appeal the cemetery can have.

The report says the cemetery should take advantage of its green space to make it relevant to its community. With the abundance and variety of trees, the report recommends getting certified as an arboretum or having tree identification signs.

The cemetery could also be a destination for birdwatching.

“One of the fastest growing hobbies in the country is birdwatching. Given the ample amount of vegetation and trees, we believe the cemetery could be an attractive location to promote this activity, and have community members engage with the grounds. We have seen similar cemeteries work with local birding organizations to host weekly or monthly events at the cemetery,” the report stated.

Will Sloane, consultant with L.F. Sloane Consulting Group, said that follows a general cultural shift in cemeteries as they get more use from people like birdwatchers.

“What we try to do is make it more than just the cemetery,” Sloane said. “We really view this as a site that could be certified potentially as an arboretum, and then could use that to enhance its profile and bring in more interested groups. Birding in cemeteries is a very common activity and something that brings people to the site. We think these are things that the cemetery should continue to invest and look into.”