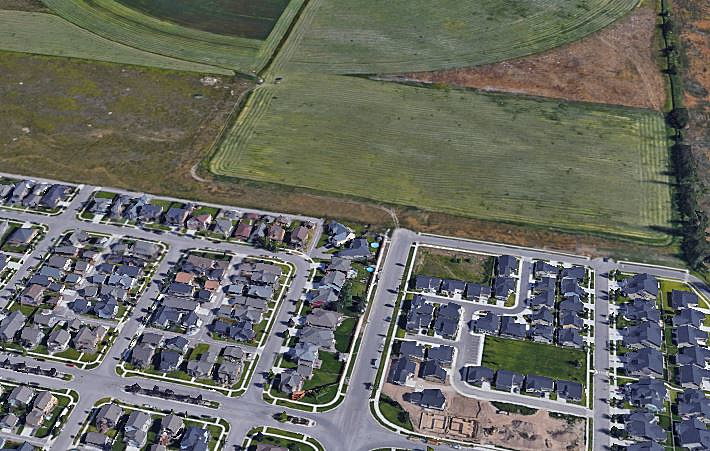 The Missoula City Council approved annexation and zoning for McNett Flats in an 11-0 vote on Monday night, ending a week-long delay requested by the developer behind the 20-acre mixed use subdivision.

The delay permitted the developer and the city to reach an agreement over amendments to parkland conditions for the Sx͏ʷtpqyen (Mullan) area subdivision.

Initially, the developer proposed dedicating a 1.46-acre ribbon within the subdivision to parkland, along with $200,000 for parks in Missoula and an easement for a trail expansion. The amendment includes the originally proposed parkland and cash but added an activity area and other agreements under certain conditions.

The amendment met councilors’ concerns over the developer’s stated uncertainty on what will be developed in McNett Flats. Representatives of the developer sought flexibility to respond to market conditions.

“Multi-family buildings are dense, but they don’t have to be unlivable,” council member Jordan Hess said. “They can be nice places to live, and our requirements provide for an activity area, landscaping and landscaped green spaces.”

The activity area will be required when there are 10 residential units or more on a property. According to Dave DeGrandpre, supervisor of Missoula Community Planning, Development and Innovation, an activity area qualifies as a park, community gardens, balconies, pools, common area and other recreational spaces.

When an activity area is required for a lot, the developer will dedicate 20% of the lot to that purpose.

Existing zoning code in Missoula doesn’t account for mixed use development in an activity area, meaning that developers wouldn’t have to follow it even with 10 or more residential units in a lot.

But representatives told councilors in the Land Use and Planning Committee last Wednesday that they are willing to obligate themselves to establishing an activity area within the development.

The trail easement bordering the eastern and southern lots would also contribute to the requirements for an activity area. The width of the trail easement was expanded from developer’s initial proposal of 20 feet to 40 feet on lots north of the 44 Ranch subdivision.

The trail easements would be utilized as an expansion of the Tipperary Way Trail, speeding up development of the trail which was delayed with the second phase of a BUILD grant development in the area,

“By requiring the trail we will eventually help connect children who live in 44 Ranch, Remington Flats, McNett Flats and Herons Landing, to the Hellgate Elementary School, via a non-motorized safe route to school, and that’s a really big deal,” Hess said. “I think that is a neighborhood amenity that we really need to highlight.”

Councilors viewed the widened trail as a needed buffer for neighbors concerned with how the future development could affect neighborhood character. Nearby neighborhoods consist mostly of single-family homes.

“I believe that the latest condition of approval to require dedication in the form of an easement along the southern boundary will act as a buffer from future development in the existing neighborhoods,” council member Mirtha Becerra said. “While the developer is not providing the predictability that many of us would like to see in this development, the condition to require that additional buffering mitigates some of the concerns.”

The subdivision received several petitions from neighbors and dozens of comments expressing concern, most regarding the possibility of several apartment complexes being developed in the subdivision.

Council member Stacie Anderson said those concerns “did not fall upon deaf ears,” but housing needs of Missoula still need to be considered in their actions.

“I think that there’s times where members of council and myself are sometimes frustrated that we can be more prescriptive within our regulations, but that’s not how those regulations work,” Anderson said. “That’s not how the law works and so we try in situations like this to strike the best compromise we can with the developer within our boundaries, understanding that there are going to be some unknowns.”