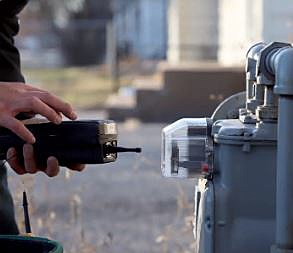 Gas and electrical customers in Missoula will be the first to undergo a system upgrade by NorthWestern Energy as it begins to swap out meters across the state.

“We have customers, especially in the Missoula area, that use solar panels,” Holden said. “They either require a special net meter that allows power flow in and power flow out. All the new meters we’re purchasing have net metering capabilities.”

NorthWestern has contracted Tru-Check to complete the work, which is set to begin later this month. The contractor has established shop in Bonner and will spend the first 18 months swapping out meters in the greater Missoula area.

The project will continue across the state and take around three years to complete.

“We’re going to be installing electric meters first,” Holden said. “Four to six weeks after that, we’ll come back and install the gas endpoint if that residence or business has natural gas. The electric meters serve as the parent in the communication, and the gas communicates with that electric meter.”

The new meters include a number of advantages and will eliminate the need for NorthWestern to drive a fleet of vehicles around checking its current meters. Among other things, Holden said, the new meters can proactively identify voltage issues before a customer sees an outage.

Customers can also “feed” the meter by placing money into their account. The meter will notify the customer when the account draws low. Holden said customers can also request real-time meter readings.

“This technology provides a snapshot every one hour on a residence,” he said. “That information is sent back to our data center on an 8-hour interval. But we can pull meter information at any time for a customer.”

The new technology also allows for net metering, though the issue remains politically unresolved in Helena. NorthWestern has taken various positions on the issue, including its objection to the size of the credit it would pay customers who generate their own electricity through residential wind or solar.

Advocates of net metering contend that reducing the value of solar credits would upend the state’s growing solar industry. Around 3,000 Montanans currently own rooftop solar and small wind systems.

“It would be unfortunate if (NorthWestern) participated in any effort that eliminated the viability of solar in Montana and in this community, and negated the capacity and capability of these meters for net meter reading,” City Council President Bryan von Lossberg told the utility on Wednesday.

Lossberg also noted the city and county’s commitment to achieve 100% clean electricity by 2035, and the role NorthWestern has pledged to play in the effort through a memorandum of understanding signed last year.

Among other things, Lossberg said the agreement includes the opportunity to work with NorthWestern on a time-based rate program. Such programs in place in other states segregate energy rates based upon the time of day in which the energy is consumed. In most cases, the energy costs more at peak hours.

Utility representatives said the process will take time as it works to establish time-of-use rates.

“The meters we’re using, that we’re going to be deploying, are all capable of time-of-use metering,” said Holden. “It’s more a matter of creating the program and ensuring those time-of-use rates are available for us to bill customers. It’s just going to take some time for us to get that addressed.”