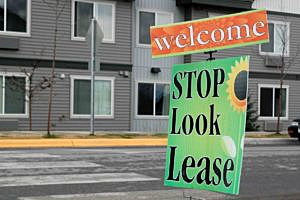 ATLANTA (CN) — A national landlord group brought its case challenging a federal directive halting residential evictions to the 11th Circuit on Friday, arguing that the order has forced landlords to give unlimited free housing to delinquent tenants without proper legal recourse.

Attorney Caleb Kruckenberg of the New Civil Liberties Alliance told a three-judge panel of the Atlanta-based appeals court that the Centers for Disease Control and Prevention’s nationwide eviction moratorium has left his clients, the National Apartment Association and landlords in four states, without “any meaningful remedy” to evict tenants who fail to pay rent.

Kruckenberg said the CDC lacked the legal authority to issue the moratorium that is causing his clients irreparable harm.

“They have not been able to access their own property…They have a legal right to possess it, to have it, to use it how they see fit but because of the operation of the CDC order they’re not allowed to use their own property. They can’t take it back. Instead, they must provide it to a non-paying tenant indefinitely,” Kruckenberg said. “That is the situation that’s facing my clients. That is irreparable and that’s compounding every single day.”

Attorneys for the government have argued that coronavirus-related eviction bans are an effective tool for preventing and controlling the spread of the virus.

The CDC’s September 2020 order says eviction bans help facilitate self-isolation by people who become sick and allow authorities to more easily implement social distancing directives. The ban also helps keep people out of shared living situations like homeless shelters where they may be at higher risk of contracting Covid-19.

Department of Justice attorney Alisa Beth Klein told the panel that the moratorium, which is expected to expire in June, “does not excuse a tenant’s obligation to pay rent or rental arrears.” The moratorium only prevents the evictions of tenants who swear, under penalty of perjury, that an eviction would result in homelessness or congregate living.

But Kruckenberg said that some of the plaintiffs have been prevented from even filing eviction paperwork against tenants. He told the panel that “the plain text of the order suggests it’s a federal crime to file eviction paperwork in the first place.”

Senior U.S. Circuit Judge Gerald Tjoflat, a Ford appointee, countered that the regulation does not close the courthouse doors to landlords but instead gives tenants the right to file a declaration and resist an eviction proceeding.

Kruckenberg argued in response that his clients have suffered “extensive financial harms” from which they can “never recover.”

In response to arguments from Klein pointing out that Congress has appropriated $46 billion in rental assistance which will eventually flow to landlords, Kruckenberg said those funds have not reached his clients.

U.S. Circuit Judge Britt Grant, a Trump appointee, asked the government’s attorney whether the recent “dramatic decline of Covid-19 in the United States” can be considered along with the rental assistance offered by Congress in reaching a decision in the case. As of Wednesday, deaths from Covid-19 were at an average of 600 per day – their lowest level in 10 months.

“Yes, we’re on a path that we hope to make the pandemic a thing of the past but we’re not there yet,” Klein said. “Even today only a third of the population is fully vaccinated and there’s a race against the variants… The CDC doesn’t want to undermine the improving trajectory by prematurely lifting this moratorium or other guidance for unvaccinated people.”

U.S. Circuit Judge Elizabeth Branch, another Trump appointee, questioned whether irreparable harm to landlords could occur if the CDC extends the eviction ban through the end of 2021 or into 2022.

“If Congress continues to appropriate funds it may well be that there’s never irreparable harm,” Klein said.

A Georgia federal judge ruled in favor of the government in October, prompting the appeal to the 11th Circuit, but courts across the country have been split on the issue.

Federal judges in Texas and Washington, D.C., have ruled against the moratorium this year, finding that the CDC had overstepped its authority.