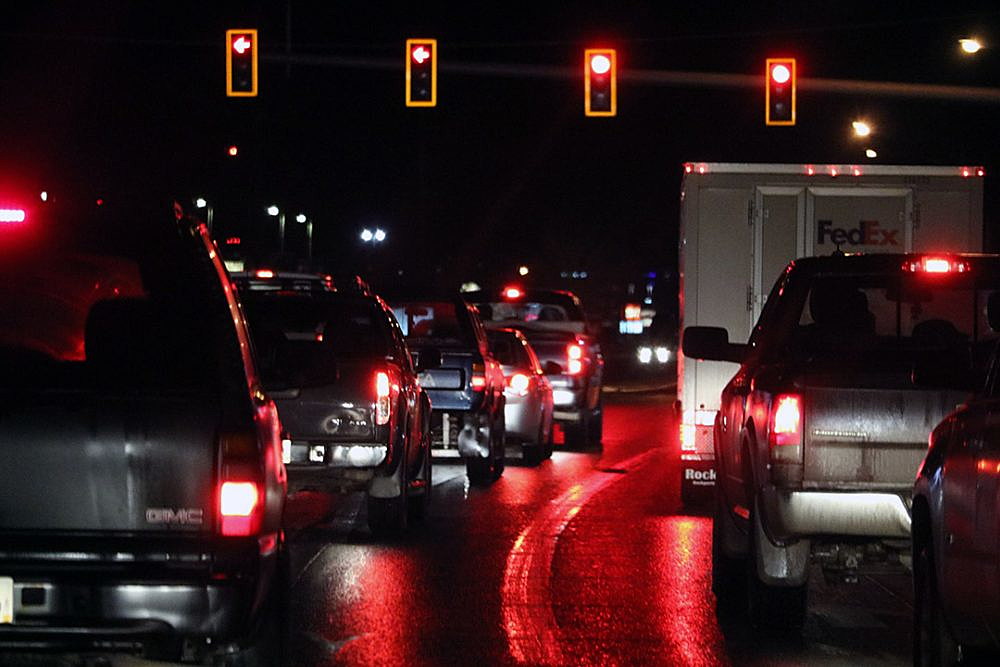 While the recommendations in the new Long Range Transportation Plan begin to emerge, the future of mobility remains in flux, as does the funding that’s needed to build and maintain the system.

One bill to revoke the local-option gas tax passed the Montana Legislature and now waits for the governor’s signature. It was adopted by Missoula voters just last year and demonstrates how quickly funding sources can appear and vanish.

And that makes it harder to plan for future transportation needs in a city growing by 2% annually.

“Beyond 5 or 10 years, it’s hard to know what’s going to happen with federal funding or local funding,” said Aaron Wilson, the city’s transportation planner. “We know gas tax, as a revenue, is declining. It’s going to continue to be a declining revenue source not only locally but nationally. We’ll have to be creative and strategic in how we fill those gaps.”

The draft of Missoula’s new Long Range Transportation Plan, released this month, recommends 71 different projects that planners believe will best meet the city’s connection goals. The projects are broken down into near-term, medium-term and long-term episodes.

The long-term projects, envisioned for 16 to 30 years out, remain largely unfunded and still require permitting, right-of-way acquisition and other hurdles surrounding cost. The short-term projects are planned over the next five years and have more immediate impacts, planners believe.

“A lot of those are projects that are already approved,” Wilson said. “There was some available discretionary funding for those projects we wanted to get done in the near term.”

The plan calls for 22 near-term projects, many of them associated with the Mullan BUILD project, converting Front and Main to two-way traffic, and more work on Russell Street.

They also include so-called greenways, or routes that provide more connectivity for non-motorized users. The plan overall leans heavily on non-motorized travel, including new pedestrian bridges and trails.

“We have a number of neighborhood greenways we think we can get to in the near term,” Wilson said. “Those are those cheap and easy to implement, low-stress, low-volume streets that make those connections. We can do that in a really cost effective way to provide non-motorized connectivity in the core of Missoula.”

Of the plan’s 71 projects, 21 include complete streets, 20 are active urban transportation projects and 12 involve paths or trails. Just four include roadway extensions.

The long-term projects have been highly anticipated but will have to wait until funding is found. They include a new I-90 interchange, estimated at around $9 million, and converting Brooks Streets into a transit corridor, which is estimated at $58 million.

“It’s not just the recommendations and programs, but what revenue we have available,” said Wilson. “There’s $1.3 billion in anticipated transportation revenue expected over the next 30 years. About 50% of that is expected to be local.”

Wilson said the discretionary funding for the projects recommended in the long-range plan represent a small portion of the overall funding. Of the $1.3 billion expected over the next few decades, just $208 million is earmarked for local projects.

As an example, the extension of England Boulevard alone is $70 million, according to the plan.

“After you take out transit and maintenance and some of those funding sources we don’t have any control over, we’re left with that $200 million,” Wilson said. “That’s what we’re largely talking about in this plan.”

Wilson said the plan keeps future growth in mind and could help lower transportation costs, so long as the city’s preferred growth scenarios pan out. Those are based on density, building up and a mix of services within walking distance.

“When you’re thinking about different types of development, and having that higher density and mix of uses, it’s critical for making sure we have a more efficient transportation system,” Wilson said. “If we want to keep our transportation costs down and be more efficient, then having a good mix of uses and transit-oriented development around existing transit facilities is important.”

With future funding sources growing in uncertainty, Wilson said transportation and growth planners must start being creative in searching for new revenue sources.

“We need to be creative in thinking about partnerships, whether that’s public-private partnerships or working with federal government for revenue sources or whatever funding we can find to meet the needs as our region grows,” Wilson said.