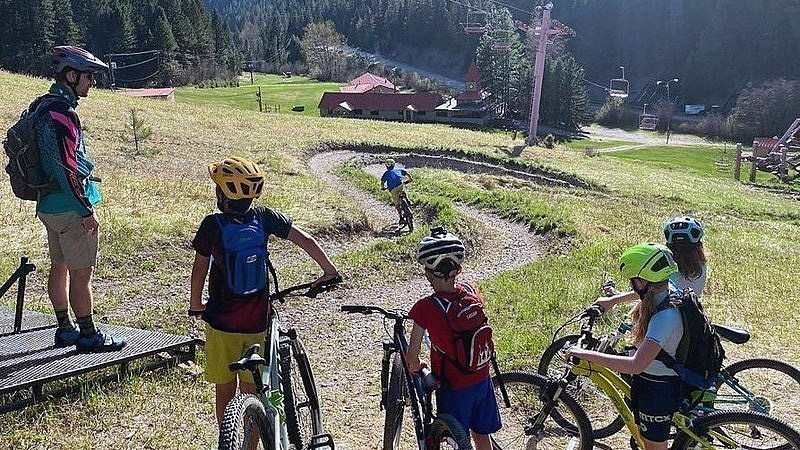 The Missouri couple recruited by a Missoula hospital that had a contract in place to purchase property on Marshall Mountain amended their lawsuit against the property’s sellers last week and instead are seeking damages and other fees.

The amended complaint, filed in Missoula County District Court, claims that Bruce and Kim Doering breached their contract with Spencer and Colette Melby by altering the original buy-sell agreement for the property.

It also claims that the Doerings caused the Melby’s emotion distress through their actions and eventual withdrawal of the buy-sell contract.

“The public is still under the impression that potentially the Melbys will eventually end up with the mountain,” John Stegmaier, the executive director of Mountain Bike Missoula, said Wednesday. “I don’t think that’s going to happen any longer because they’re no longer under contract and no longer suing to that end.”

The amended complaint states that the Doerings received a backup offer “for a higher price than the purchase price specified in the agreement between the Doerings and Melbys.”

The recreational community, including Mountain Bike Missoula, held out hope that the Doerings would accept the backup offer, suggesting that Checota, who hadn’t been identified as the second potential buyer at the time, intended to place the property in the public domain to maintain its current public access.

The complaint also states that the Doergin’s real estate agent had contacted the Melby’s agent to “try and convince the Melby’s to back out of their contract with the Doerings to purchase the property.”

The Melbys had no intention of doing so with their buy-sell contract in place and a job waiting at Providence Health in Missoula, where Mr. Melby was going to work as a cardiac surgeon.

It wasn’t until the contract for deed had been drafted did the Doerings prepare a modified contract seeking that “a broad public access easement” be included with the sale. The complaint suggests that the modification was a transparent and pre-textual attempt to kill the deal.

“The Doerings wished to kill the deal with the Melbys so that the Doerings could accept the backup offer on the property in a cash-only deal on more favorable terms for the Doerings,” the suit states.

Weeks later, the Doerings terminated the buy-sell contract with the Melbys, according to the complaint. It wasn’t immediately clear whether the Doerings have since accepted the backup offer.

“The Melbys had been ready, willing and able to perform their contract with Doerings for purchase of the property, and had fulfilled all contingencies for which they were responsible,” the amended complaint states. “The Doerings’ ‘termination’ of the contract with the Melbys was a total and material breach of their contract.”

The complaint also states that the Doerings and those who allegedly scuttled the sale to the Melbys inflicted intentional emotional distress.

Mr. Melby also had quit his job in St. Louis and was preparing for his new job at Providence.

“The Melbys — including their children — were caught by surprise while in the midst of a cross-country move, without the ability to go back to the life they had left in Missouri or move forward and pursue the life they were set to establish in Montana,” the complaint contends.

The Melbys are seeking both compensatory and punitive damages to be determined by the court at trial, along with attorney fees and all costs related to the suit.