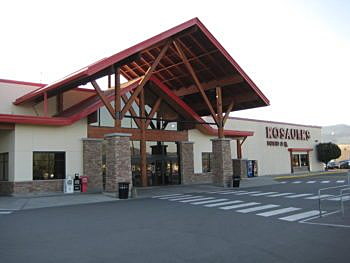 The longtime president and CEO of Rosauers Supermarkets is stepping down this summer and will be replaced by a new leader with experience in the grocery and merchandising business.

Jeff Philips has headed the company since 2000 and has served in the industry for 49 years. Over the past 21 years with Rosauers, he expanded the company’s footprint into six new markets and grew sales to nearly $600 million.

He’ll retire from his position in August.

“There will always be more work to be done, but as I retire, I am confident that Rosauers is on solid ground with amazing talent and experience to take on the challenges of our industry, and lead in a manner that will create future success for all,” Philips said in a company statement.

Philips said the company now operates 22 stores in four states with more than 2,300 employees. In his retirement statement to employees, he said the chain continues to distinguish itself from the competition.

“Most important to me has been creating an exceptional company reputation, and a culture that supports our ability to care not only for customers, but for our employees by providing jobs, hours, wages and benefits that have allowed each of us to pursue dreams, to raise families, and enjoy life outside the workplace,” he said.

With Philips stepping down, the company has named Cliff Rigsbee as the new president and CEO. Rigsbee worked with Albertsons Co. for 29 years, most recently as senior vice president of merchandising and marketing for the northern California division of Safeway.

He also served as CEO of the Hawaiian Springs water company.

“Rosauers has always been a leader in selection, quality, service and giving back to the communities they serve,” he said. “I’m committed to retaining the more than 80-year legacy of putting customers and employees first while leading Rosauers to be the neighborhood solution in this ever-changing world.”

Rosauers Supermarkets, Inc., is headquartered in Spokane and operates stores in Washington, Montana, Idaho and Oregon. Rosauers is a wholesale co-op.