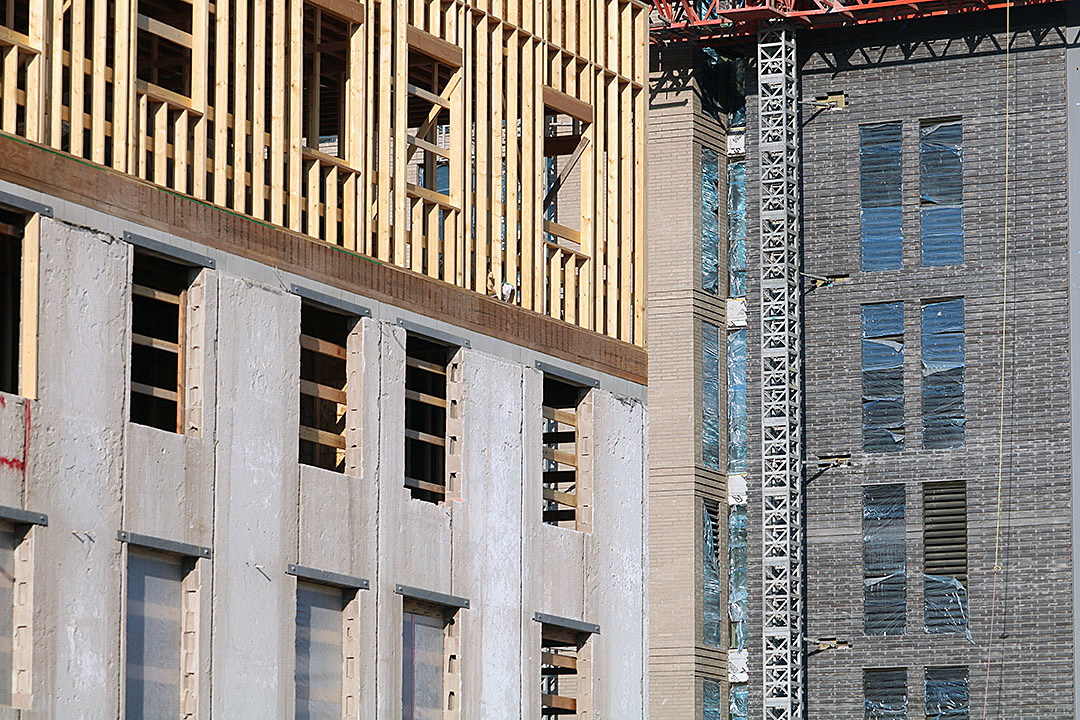 Saying it’s easier to maintain Missoula’s existing stock of affordable housing than build anew, the city and county are leaving “no stone unturned” in their efforts to preserve an apartment complex now up for sale.

Housing officials also believe that solutions to Missoula’s housing challenges lie somewhere between the free market and the heavy-handed intervention of local government.

Western Montana Mental Health last month placed its 20-unit Bridge Apartments complex on the market for the asking price of $2.1 million. The building was constructed in the 1990s with public subsidies and was held as affordable housing for the required period of time.

But now that period of required affordability has ended.

“We’re leaving no stone unturned and we’re exploring all options,” Eran Pehan told the Missoula Current. “Preserving the affordable housing stock we have costs pennies on the dollar in comparison to constructing new homes. It’s a top priority for us.”

Pehan, who was named director of the city’s new office of Housing, Innovation and Community Development, was also a driving force behind the creation of Missoula’s nascent housing policy.

Among other things, the policy lists the preservation of affordable housing as a key strategy in combating Missoula’s shifting housing market and rising prices.

“In the grand scheme of things, those 20 units may not sound like a lot of units, but you have to place that under the context of what it would cost our community to replace those,” Pehan said. “In the current development environment, where supplies and labor have increased at shocking rates, preserving what we have, whether it’s two units or 20 units, is our best path at ensuring we have enough affordable homes in Missoula.”

Pehan said the mayor’s office was “working aggressively” on the issue and would likely have an update on its efforts soon. The county also is concerned over the public sale of the apartments.

“It provides affordable rents for folks with either physical or mental limited capacity to stay in their homes,” county CAO Chris Lounsbury said last week. “The hope here is that the city and county can partner together with others to put together funding that would allow that property to stay with its original purpose.”

The public sale of the Bridge Apartments has emerged as a token example of Missoula’s housing challenges. In a market where supply is limited across all price points and construction costs have soared, preserving what little affordable housing is available stands among the city’s top priorities.

The city and county have also worked to subsidize a number of affordable housing projects now under construction in the city. In a new move last year, the city also required a private developer to include a set number of affordable units in a new development in exchange for a small sliver of right-of-way.

That last example drew criticism from some who suggested the city was manipulating the housing market in a way that would artificially inflate housing costs by subsidizing affordability. Asked if the market should be allowed to play out or if government had a responsibility to intervene, Pehan suggested both.

“We stand solidly in the middle of both of those thoughts,” she said. “There are aspects of the housing market that really are market driven and things as a municipality we can’t control. That includes the viability of labor, the cost of supplies and national economic trends. Those are things we don’t have much control over.”

On the other hand, Pehan said local government had a responsibility to seek and implement solutions.

“That’s in the area of driving opportunity for areas that are challenging to develop,” she said. “We have tools at our disposal to help develop parcels that have barriers to development, be it former industrial use or environmental mitigation that needs to happen. It’s not all free market driven and its not all government solutions.”

While Missoula County’s poverty level has shown a steady decline since 2016, it’s still estimated at around 11% of the local population, according to figures released last week by the Missoula Organization of Realtors.

At the same time, housing prices across the region have surged, hitting $420,000 in the First Quarter of 2021. The vacancy rate in the rental market lingers at around 1%, and average rents are on the rise, though at a slower pace that single family home sales.

“There were no grand surprises for us in the release of that data,” Pehan said. “What it did, it cemented our need to move rapidly toward solutions and reminded us of the urgency of the moment.”

Pehan added that data provided in this year’s report could prove useful down the road.

“The rental costs year over year are still stark and concerning, but when you break that data down from what was reportedly a 16% increase across the board in rentals and see that it’s actually closer to a 6% increase in multi-family apartments but a much more stark 25% increase in single-family homes, that’s a little different picture and it changes our solutions and the way we address that,” she said.