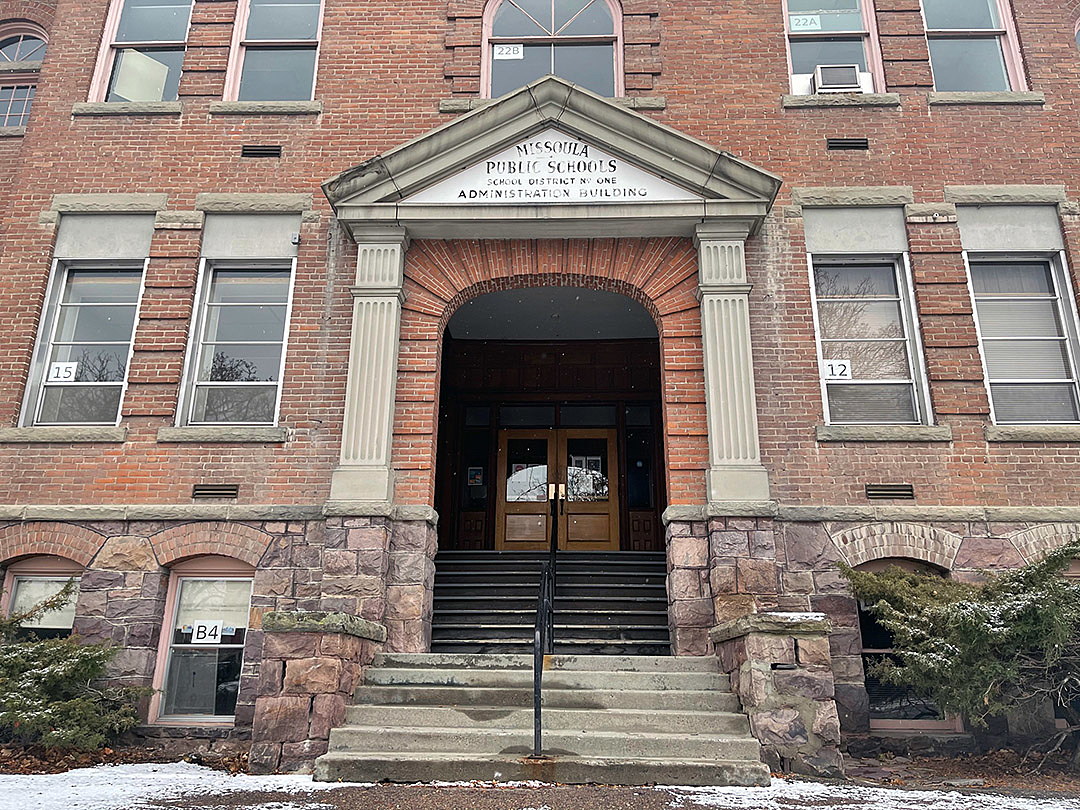 Missoula County Public Schools (MCPS) is well settled into its new Administration Building adjacent to Sentinel High School. But the district hasn’t settled on a plan for what will happen with its old building that was vacated last winter.

The district moved into the renovated Missoula College building last November, giving it more workable space than the old high school, which had been converted and used for operations for decades.

But plans to lease out the old building ran into a snag last year when the district couldn’t resolve a conflict between district policy that doesn’t allow alcohol on school property clashing against plans for a restaurant.

“The board, for quite a long time last year maybe 10-months or so, had put that building out for proposals for anyone interested in leasing the building. We only had one applicant and the application didn’t work with our school district policies,” explained MCPS Superintendent Rob Watson.

“It’s still available. And that’s a board decision as to what will happen. I’m assuming the board will have that discussion at a future meeting sometime this fall.”

Another issue is the lack of disability access in the multi-story structure.

Watson said the district will probably be looking at compatible uses for the old building, such as the child care operation that moved into the old Cold Springs School after it was vacated.