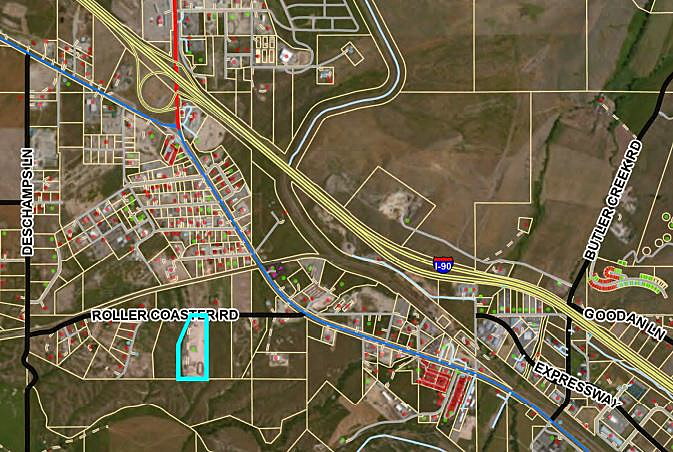 The planning board on Tuesday night approved an eight-lot industrial subdivision on bare land west of Missoula, saying the need for commercial properties were increasing alongside the city’s housing needs.

The Pontiac Commercial Subdivision, proposed by Matthew and Kathleen Whetzel, will sit on 20 acres off Roller Coaster Road near the Wye. The property will be served by Grand Am Way, which the developers described as a private road that will be gated.

While the project won unanimous approval from the planning board, Missoula County planners included a number of conditions to protect a nearby woody draw that’s home to sensitive bird species, including Swainson’s hawks and long-eared owls.

County planner Tim Worley said the habitat will likely be disturbed during construction, though conditions included with approval include a wider bird buffer once the project is completed.

“These draws are key habit for sensitive bird species,” said Worley. “There have been longitudinal studies in these areas of bird habitat, so there’s really good data available as to the importance of these woody draws. The buffer is something we wanted to see expanded.”

The county’s new land-use plan envisions the area for sparse residential development. Areas to the east of the property are already zoned and filled with industrial uses, while land to the west was designated for housing.

Given the likelihood of future residential development surrounding the Pontiac development, the county is requiring the developers to install a sidewalk along Grand Am Way. The developers requested otherwise.

“Folks come in, fence off their property and use it for storage,” said Paul Foresting, representing the developers. “There’s not a lot of foot traffic in this area. Our road is a private road that will be gated at the entry. The owners of these lots will utilize this road.”

The planning board denied the request to forego the sidewalk, saying that while the property will mostly serve commercial and industrial truck traffic, it was important to provide a separation between pedestrians and that traffic.

“We talk a lot about housing, but there’s also a growing demand for commercial space as well,” said planning board member Tung Pham. “This development helps address that need.”