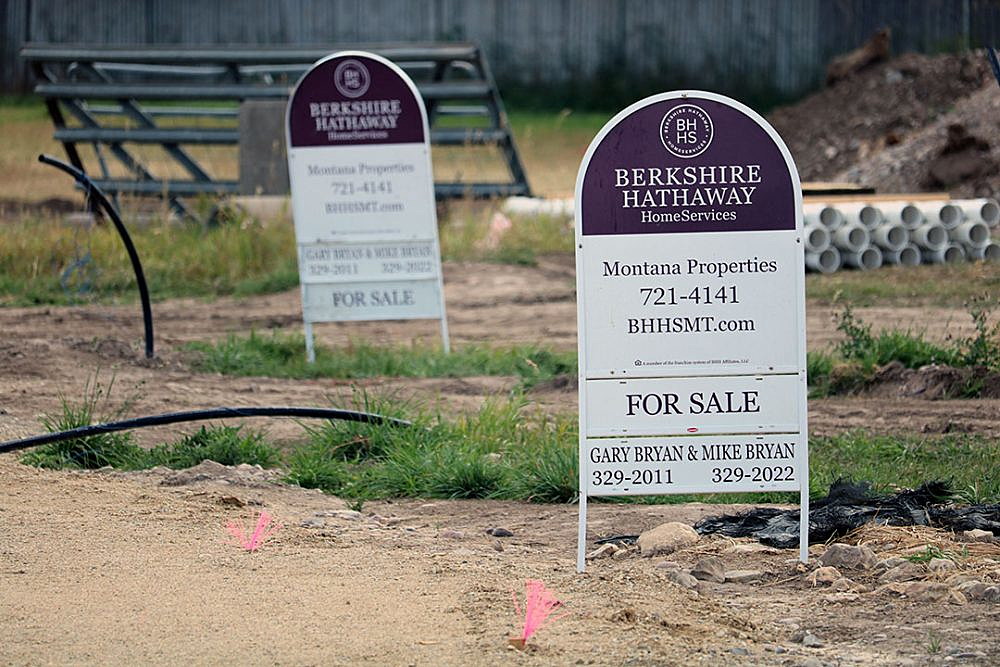 Bob Leach, a Billings realtor and broker in the business 43 years, recently did a price survey of the properties that have sold in his area in the last five years. He found 50% fewer properties for sale under $200,000.

“But what was really astonishing to me is when I looked at the properties sold over $500,000, it was the largest single category, the largest numbers of any category that I looked at,” Leach said.

Residential real estate prices are continuing to climb in Montana in a pattern some realtors describe as a crisis. Data released this month from the Missoula Organization of Realtors showed the median price of a house in the urban area from January to July 2020 was $332,000, but in the same period this year, it was $435,000, a roughly 30% increase. The MOR also noted the average days on the market dropped from 119 to 85.

Leach, who has roughly 30 years worth of data and has charted supply and demand, listings, and inventory, said he believes the crisis in the lack of affordable housing eventually will affect the fabric of communities.

The high-end homes are selling in Billings, he said, and contractors are building them. But he said one contractor at a recent housing summit said he could put five framing crews to work on the spot if he could find them, but he can’t. And there aren’t as many entry level homes in the 1,000 square foot range going up.

“We don’t have the trades people building the housing we need,” Leach said. “We’ve got growth happening in our community. And now, we’re shutting out a whole class.”

A March 2021 story from the Pew Research Center noted a boom in home ownership has taken place in the U.S. even as many Americans face financial challenges: “There were steep job losses in 2020 due to the pandemic, but they fell most heavily on young adults and workers in low-wage occupations. Both of these groups are less likely to be prospective home buyers.”

In Missoula, the MOR’s housing report for 2021 notes that residents with a median family income of $84,279 still can’t afford a median priced home. It also noted incomes have gone up for both renters and homeowners, but they have not kept pace with increases in the cost of housing.

Jim Bachand, CEO with the Missoula Organization of Realtors, said several key factors are driving the increases, and there isn’t just one cause. For one thing, he said low inventory and a constrained market push up prices. Secondly, he said migration trends show people moving to Montana, some possibly returning because they went to college here or are coming back home. Then, he said COVID-19 has shown workers they can work remotely from a desirable place, and that idea is also having an impact.

The MOR housing report for 2021 shows the top four places outside Montana that searchers using realtor.com were from as Seattle, Salt Lake City, New York City, and Los Angeles.

Bachand said his crystal ball has been broken since the mortgage crisis of 2008, but he pointed to data on absorption rates, or the pace of home sales, as an indication of whether the upward trends will level off anytime soon. A “normal” market has three to nine months of supply, but Missoula has had less than one month of supply in the first two quarters of 2021, and new units aren’t keeping pace, according to MOR data.

Leach’s wife is also a realtor and broker, and they own a property management company that oversees 350 rental units. He said his property manager is seeing a large increase in the number of people moving to Billings from Bozeman and Missoula because rental prices are still cheaper in Billings.

“But what I’m saying is if you continue to shut out people, and you don’t have affordable housing, you create a crisis,” he said.

It means people who tend lawns and stock grocery store shelves can’t afford to live in a community, and the trend will affect the entire service sector, he said. Additionally, he said new homeowners get shut out, and that has an affect on community.

Solutions are underway in both cities. In Missoula, Bachand said the crisis will only be solved with members of the private and public sector working together, and he said better partnerships are a goal. The work underway includes data collection and reporting, working with economic development agencies, and championing attainable housing ideas, according to the MOR report.

“What we’re experiencing in Missoula is similar to other parts of the state when it comes to the challenges of attainability at all prices, and affordability,” Bachand said. He said a crisis doesn’t get solved overnight, but people are working on it. “ … I think we have a lot of great leaders that are putting attention on this right now, and we’re all trying to solve it. All suggestions and opinions are welcome.”

In Billings, the largest city in Montana, Leach said it’s also important to work with the economic development authority, and he said roughly 150 people attended a recent housing summit because they realize the severity of the problem. In just the first eight months of 2021, he said housing prices jumped 14%.

“As a state and as communities, we have to do something. I mean, we can’t just let it go.”