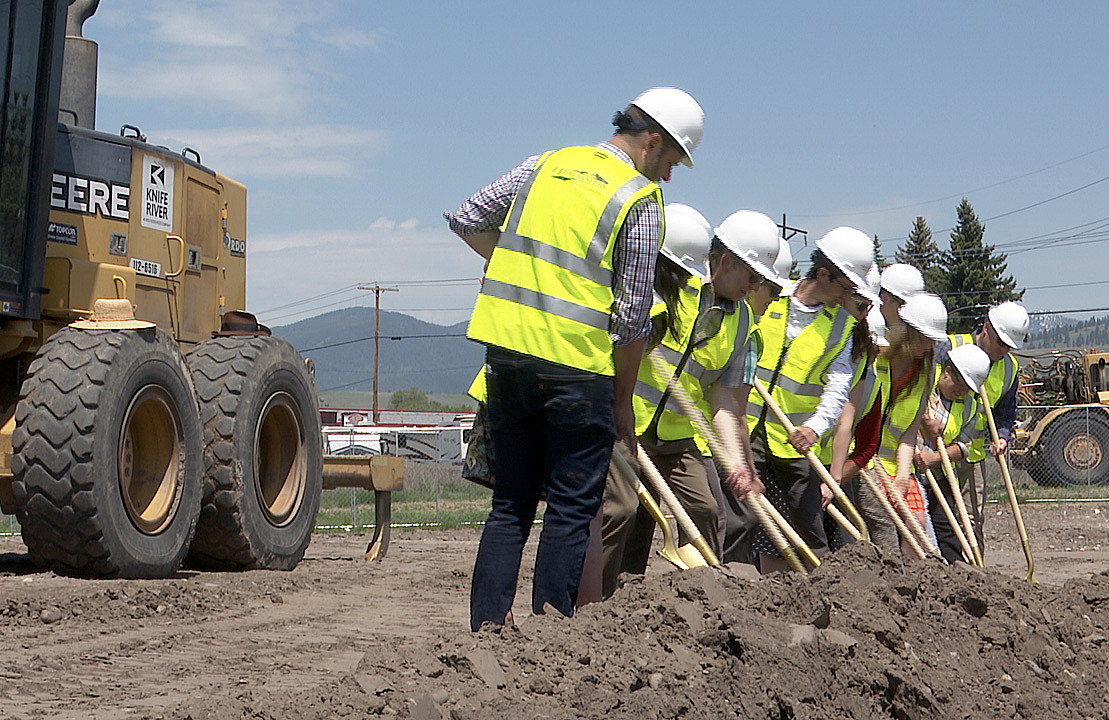 Editor’s note: This article was updated to reflect the city’s goal to grow the Affordable Housing Trust Fund to $10 million, not $5 million as previously reported.

When the City of Missoula adopted its Affordable Housing Trust Fund two years ago, it required a budgetary allocation of at least $100,000 annually with a goal to grow the balance to $10 million.

But on Monday, the City Council dedicated a much larger sum to the fund in the form of $2.7 million – a contribution that grows the fund’s balance to $3.4 million in little more than a year.

“We’re making a one-time $2.7 million investment in our Affordable Housing Trust Fund that will give us the flexibility to directly impact affordability in this community,” said council member Stacie Anderson. “One of the top concerns people say when they talk about our challenges here in Missoula is affordable housing, and having an Affordable Housing Trust Fund – and having dollars in there – is a direct investment in our community.”

With the fund established and its balance growing, the newly appointed Resident Oversight Committee will allocate $300,000 from the fund to invest in affordable housing projects across the city.

The committee was established by resolution to oversee the fund, and the allocation announced this week represents the committee’s first funding distribution. Applications for the funding round will be accepted until Sept. 24, according to Emily Harris-Shears.

“We’re encouraging organizations and non-profits and developers, and entities that develop affordable housing or have the capacity to do that, to propose projects that really meet the mission of the trust fund,” Harris-Shears said.

By definition, the mission of the trust fund looks to increase the availability of housing that’s “affordable to people at a range of incomes.” The city has focused more acutely on workforce and low-income housing in recent months, etching deals to take bites at both needs.

Distributing the inaugural $300,000 will be up to a scoring committee, said Harris-Shears.

“The scoring committee will use the criteria to determine what awards to recommend, and the recommendations will go the mayor and the council,” she said. “There’s no limit on how much you could apply for. It could go to one project or multiple projects with smaller awards.”

The city’s efforts on the housing front go back to around 2018 when Missoula Mayor John Engen announced his intention to create an office of housing. After it was established, the newly formed office took steps to draft an official housing policy, making it the city’s first.

The 2019 policy identified an Affordable Housing Trust Fund as a key strategy in the city’s efforts to widen its stock of affordable and workforce housing. Back in 2018, when efforts began, the median price of a single-family home in Missoula stood at around $309,000, according to the Missoula Organization of Realtors.

As of June, it was listed at $450,000 – a price many experts contribute to a shortage in supply coupled with growing demand. Some have described it as a crisis situation.

“We know there’s great need in the community and this is a great opportunity to support projects that are ready to bring or are already in process,” said Harris-Shears. “It’s also a chance for us to test and hone our processes in the Affordable Housing Trust Fund.”

Monday night’s $2.7 million infusion into the fund is a welcome contribution among advocates. But the city’s housing officials will continue to seek ways to fill the fund with the authorized and full $10 million.

“We are working on a strategy to increase that revenue through other opportunities like the Scott Street land sale and American Rescue Plan Act dollars and our general fund allocations,” said Harris-Shears. “It’s outlined in the housing policy and the trust fund to also bring in other revenue sources. It’s something we’re actively pursuing as well.”

Harris-Shears said that could include grants, contributions and community engagement.