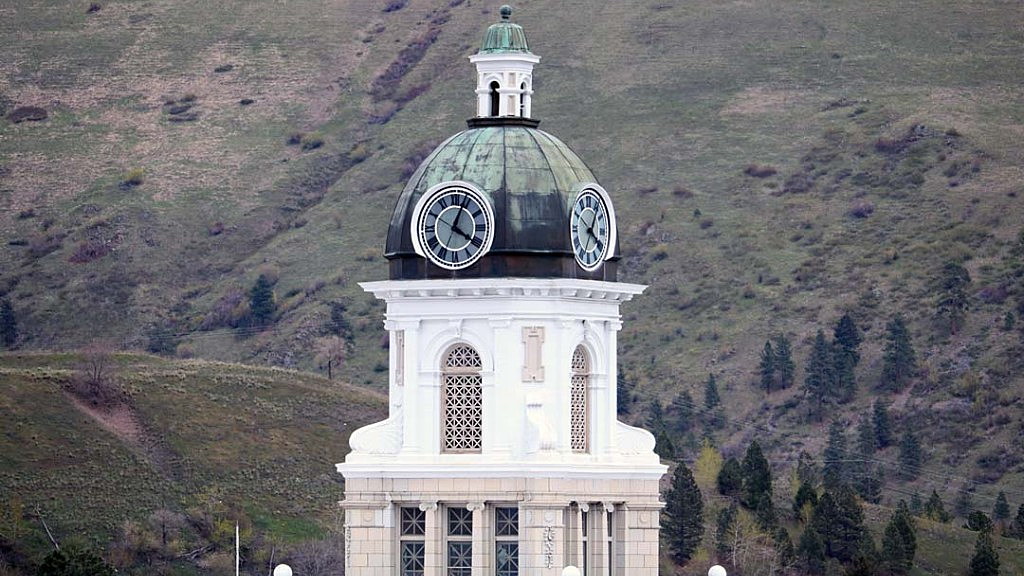 Missoula County unveiled its preliminary budget for the new fiscal year this week, one that’s struggling to keep tax increases at bay as the cost of services increase across the board

While the proposed new budget pays for new and ongoing expenses with a blend of cash savings, new taxes and federal funding, commissioners continue to express frustration over what they have long described as Montana’s broken tax system – one that rides the back of property owners almost exclusively.

And as the cost of housing grows and the state’s appraisal process increases property values every two years, the need for additional tax revenue will continue to mount. If Missoula County keeps its mill values the same this year as last year, taxes on a $350,000 home will still increase $161 this year.

That’s a function of the the state’s appraisal process and tax system, county officials said.

“We basically have one source of revenue that’s at our disposal and that’s property taxes. It’s a flawed system,” said Commissioner Josh Slotnick. “Our property taxes will be going up faster than we can pay them until we can get all the people who use those services to shoulder the burden.”

This year’s budget includes around $171.1 million in revenue and $173.8 million in expenses. While new revenue remains relatively flat over the prior fiscal year, expenses have grown by around $7 million.

Most of those increases lie in the county’s base budget and represent the growing cost of services, from software to roads, capital improvements, maintenance and personnel.

“The cost of the base stuff went up a lot. It’s costing a whole lot more to do next year the exact same thing we did last year,” Slotnick said. “The cost of everything has gone up. The inflationary piece is a really big one.”

Of the $173.4 million in costs, personnel represent $82.5 million of it. Under collective bargaining, the county will fund a 3% increase in health insurance costs for its 853 employees. It will also move all permanent county employees to at least $15 an hour.

In what county CFO Andrew Czorney described as a record, departments also submitted more than 100 new budget requests this year, seeking everything from more personnel to operations and capital funding. Commissioners declined around $2.6 million in new requests, he said.

But the remaining new requests up for consideration would require around $545,000 in new tax revenue, and property taxes are the only source. That includes around $50,000 for enhanced security at the courthouse, $56,000 for a new planner, $25,000 for election night security, $60,000 to pursue the county’s climate action goals, and $133,000 for road projects – something that would have been covered if the state had not repealed the local option fuel tax.

Other requests will be funded by APRA, including homeless housing shelters, Covid items and the county’s pursuit of Justice, Equity, Diversity and Inclusion. Still, Czorney said, the county will need around $545,000 in new tax revenue to cap the FY22 budget. That would result in a roughly $5.34 tax increase on a property valued at $350,000, he said, not including the state’s annual increase on the value of homes within the county.

Property owners across the state just went through the state’s latest appraisal process, where the state sets the taxable value of both residential and commercial properties. It does so every two years, and this year saw taxable values in Missoula County increase by an average of 15%.

Last year, taxable values in Missoula County increased by an average of 12%, leaving Slotnick to suggest that taxes will continue to grow “faster that we can pay them” until the Legislature fixes what’s widely considered a flawed tax system.

A growing number of city and county’s across the state are pushing for more options that tap some of the state’s millions of annual visitors. Montana doesn’t have a sales tax, and the Legislature repealed the local option gas tax this year, one that added just $0.02 to a gallon on fuel.

“Those 2 million folks that visit Missoula County don’t cover the cost of the services they engage in. We all do,” Slotnick said. “It’s as if 112,000 people are covering the services for a population that’s much larger. We attempted to remedy this, at least with our roads in the gas tax, but the Legislature made that go way.”