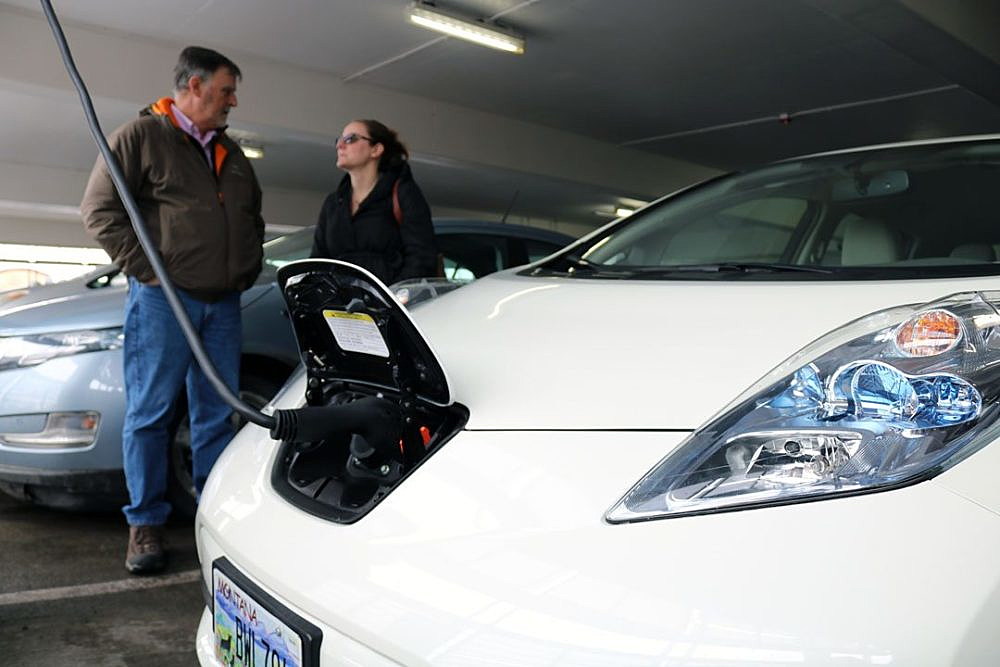 With an eye on savings and better efficiency, Missoula County this week inked an agreement with Enterprise Fleet Management to maintain a portion of its motor pool and swap out vehicles on a regular cycle as they begin to age.

The $75,000 one-year agreement sets a benchmark for how the county hopes to manage its motor pool in the future and stay on top of new technology.

“We’ve struggled over the years dealing with our motor pool,” said Jason Emery, director of the county’s Office of Internal Services. “It started with maintenance issues. We struggled with affording the cars. They’re a large capital purchase. Our funding model doesn’t accommodate that very well.”

To address the challenges, Emery said the county met with Enterprise Fleet Management to craft an operational model that will start with 15 of the county’s oldest vehicles.

Emery said the fleet’s older vehicles are running into maintenance issues, are expensive to operate, and aren’t as efficient as new vehicles.

“We’ll transition this into a model where we have vehicles on a five-year cycle. We get the vehicles, the maintenance and the repairs. It becomes manageable and easy to budget for in the long run,” he said. “At the end of the five-year cycle, we change the vehicles back in and recover the residual value for the vehicles that we can roll back into the program to help offset our costs going forward. As we get deeper into this, we can continually drive down cost for those.”

Missoula County and the City of Missoula both operate a large fleet of vehicles, and both have adopted goals aimed at achieving 100% clean electricity and carbon neutrality. But their current fleet of vehicles could make achieving any of those goals difficult.

Emery said the new approach could help by moving into newer technology as it becomes available while also retiring older vehicles. Currently, the county is looking to replace its older vehicles with newer hybrid vehicles.

Eventually, he said, the county will phase into electric vehicles.

“This helps us with some of our long-term climate goals,” he said. “Having this fairly constant cycle on a five-year basis allows us to evolve our fleet as our needs and technology changes over the next 10 years or so, to meet our green energy requirements as well as our carbon neutrality goals. The way we were purchasing vehicles in the motor pool in the past would never get us there.”

Emery said the county will place its purchase by fall when the four big manufacturers gear up production. Over time, the entire motor pool will be swapped out under the agreement with Enterprise, he said.

“We’ll shift some of those costs to departments, which has been lacking in the past,” he said. “The General Fund has been subsidizing a lot of those costs. This year, we’ll just do a one-time expenditure that’s in the budget to get us going, and work out all the details on how that’s going to work long-term.”