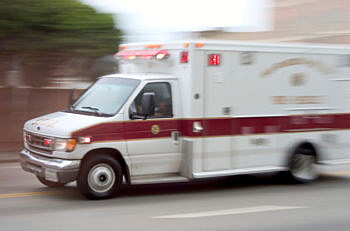 As the Missoula City Council inches closer to adopting a new fiscal budget, several members noted additions to the mayor’s executive budget, including a new position in the police department and greater allocation to city’s mobile crisis support team.

The new executive budget, as presented on Monday, includes a $304,000 allocation to the Missoula Police Department to fund the creation of a two new corporal positions.

“We recently completed the police staffing study which resulted in the schedule change, and it also demonstrated that our patrol deployment is right for city our size,” said city CAO Dale Bickell. “But we’re very thin related to supervisory positions. That’s what this request is starting to tackle.”

The other addition would grow the city’s mobile crisis support team. The initial budget request was for around $500,000, though it now stands at roughly $1.06 million.

Bickell said the increase came after the mayor met with the Missoula Fire Department and Partnership Health Center, which manages the crisis unit. The county also has interest in growing the program and will contribute around 40% of the program’s cost.

“There’s lots of interest from the mayor, this body (City Council) and county commissioners, not just in continuing the mobile support team, but in increasing its capacity,” Bickell said. “This increase, which is all ARPA funded, doubles the capacity of the team. It allows for a much broader service.”

The funding will allow the full operation of the crisis unit and expand its hours to 8 a.m. to midnight, seven days a week. It also funds a clinical supervisor, a clinician, an outreach specialist, a case facilitator and a partial program development manager.

The request will also help the program reduce the use of emergency medical services, fire personnel and law enforcement on calls where time is needed to deescalate, effectively creating a new model of response.

Doing so would allow other responders to return to service and make them available for other emergencies. Bickell said the costs will be covered by ARPA funding this year and likely next year though at some point, the funding will dry up and the city will need to cover the program’s cost, which carries sizable budget considerations down the road.

“We’ve been very mindful with ARPA funding and utilizing it for one-time expenditures, knowing it’s not a continuous source of revenue,” said council member Stacie Anderson. “But at some point in time, we’re going to stand up this program and ARPA funding will run out, and we’ll have to fill that void. I just want to be mindful into the future as we expand the program.”

Bickell said the city and its partners do consider the program and its related costs as an ongoing need and expense.

“These teams are becoming more prevalent across the country. We’ve been highlighted as a success story for a city our size,” Bickell said, saying similar crisis units are becoming a national priority.

“While APRA is short lived, we’re hopeful that more grant opportunities would become available and we’ll take advantage of those,” he said. “But we have to be mindful that this is going to be a cost at some point, and we need to be sure to plan for that.”