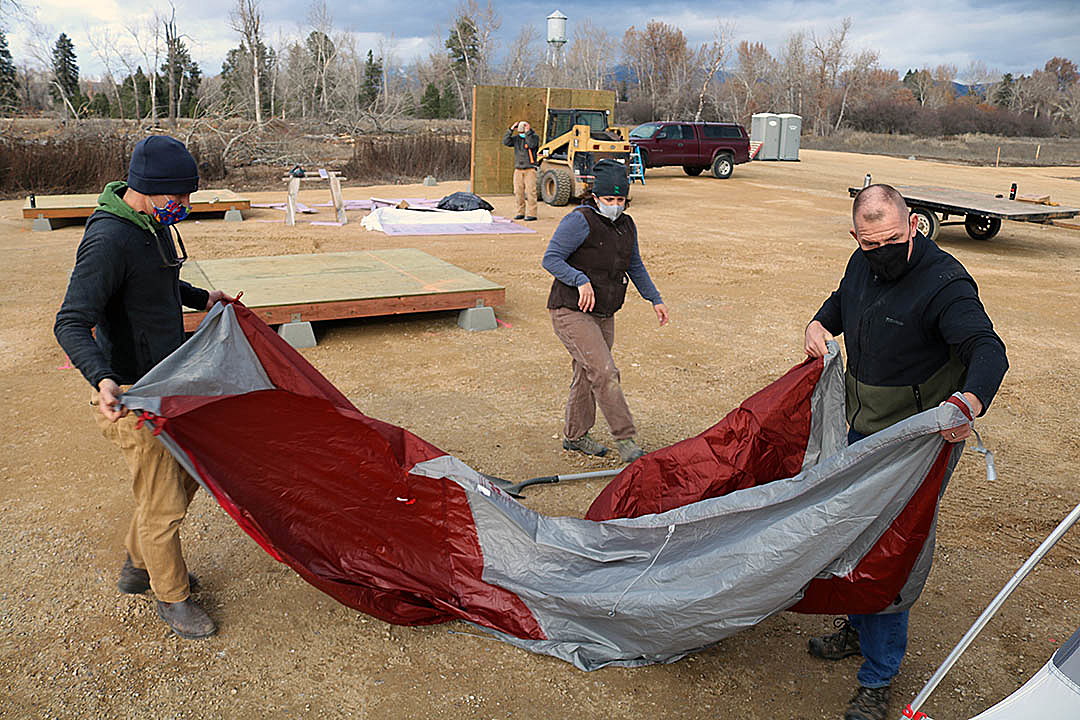 After giving the green light to pursue a suite of options intended to increase the shelter opportunities for the area’s homeless, Missoula County this week approved hiring a temporary employee to coordinate the process.

The city has not formally approved the plan, but the county hopes the new position helps kickstart the process.

“They’d be coming in primarily to help us coordinate getting sites ready that might be used for this now that we have some sites identified,” he said. “But they’d also help us do all the costing. What we’re really picking up is somebody to run the logistics section.”

An incident management team in July presented a list of options intended to fill gaps in services provided to Missoula’s homeless population, including transitional housing. The team recommended the Sleepy Inn as the site suited to fill that niche.

Either site would provide a “service-rich” environment and accommodate hard-sided structures. The cost of all options remains undetermined, though the county’s new hire could help determine them.

“We have folks working on this so we can present a comprehensive plan and budget piece. But what we really need is someone dedicated to that work,” said Lounsbury. “This is the best way to move us forward.”

The incident team also found the need to establish a site that could serve as a legal, minimally supported campground. It would effectively replace the illegal campsite under the Reserve Street bridge, which will be closed once a new site opens.

The team recommended city property on Clark Fork Lane behind the Super Walmart on North Reserve. The site would allow safety and security, and enable homeless advocates to conduct outreach.

Lounsbury said the coordinator should be hired within two weeks as Operation Shelter moves forward and final costs are determined. The new position will be funded with money from the American Rescue Plan.

“We have a couple candidates in mind who are former county employees no longer working with us who would be interested in coming back for this one-year assignment,” Lounsbury said. “Budget costs are next, as well as final sites. This is that next step and moving it forward.”