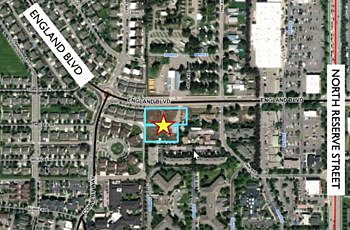 A development team planning a housing project off England Boulevard won approval from the Missoula City Council on Monday night to rezone the parcel and annex the property into city limits.

Approval, requested by Hoffman Morgan and Associates on behalf of property owner Albert Osellame, will bring the two parcels totaling nearly 2 acres into the city.

The zoning change will allow for multi-family residential development.

“This is a routine annexation for a parcel that’s almost completely surrounded by city land,” said council member Jordan Hess. “It will provide needed housing stock and be consistent with the neighborhood character.”

While no development plan has been submitted, early schematics for the site include two buildings containing around 76 dwelling units. The apartments would include a mix of one and two bedrooms.

The development team has suggested that a one-bedroom unit would rent for around $800 and a two-bedroom unit for around $900. That places them at 40% to 80% of the area median income for most family households.

“I’m very much in support of a project like this from the private sector that’s trying to do its very best to build some housing that’s affordable for a segment of our population,” said council member Heather Harp.