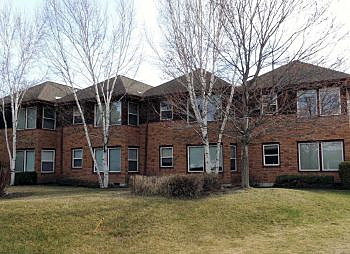 Efforts to secure an apartment complex prized for its affordability are still moving forward, and Missoula Mayor John Engen said the process remains on track.

The city in August said it had reached an agreement with Western Montana Health to purchase the Bridge Apartments for the asking price of $2.2 million – a process that remains ongoing.

“We are continuing to march down the path with the Bridge Apartments,” Engen said. “Staff has been heroic in its efforts to meet Western’s fairly tight timeline.”

The 21-unit apartment complex was constructed as an affordable-living facility, though the window of affordability has expired. Western announced earlier this year it planned to sell the property, and an initial buyer stepped forward with an offer.

However, that buyer, who was never disclosed, has since dropped out, opening the window for the city to make the acquisition and keep the apartments as affordable in perpetuity.

“Our intention here is to be a short-term owner of this facility,” Engen said. “The reason for purchasing is to ensure these apartments remain part of our community housing portfolio for the category of residents who are living there.”

Throughout the process, Engen has said the city was not in a position to operate the facility and meet the needs of its residents over the long term.

To cover that, the city planned to work with Providence Supportive Services, which provides similar services in other regions. Until then, it may contract Western Montana Health to cover the transition.

“It looks like, at least, we have an agreement in principle, and Western will be able to contract with us for a short time to make sure those (tenants) have services,” Engen said. “It’s a management agreement for the short term.”

Engen said the city plans to sell the complex down the road under terms that ensure the units remain affordable.

“We’re pretty confident we can find a buyer who would accept that long-term operational goal,” Engen said. “We’d figure out a deed restriction or some other instrument to ensure that use continues.”