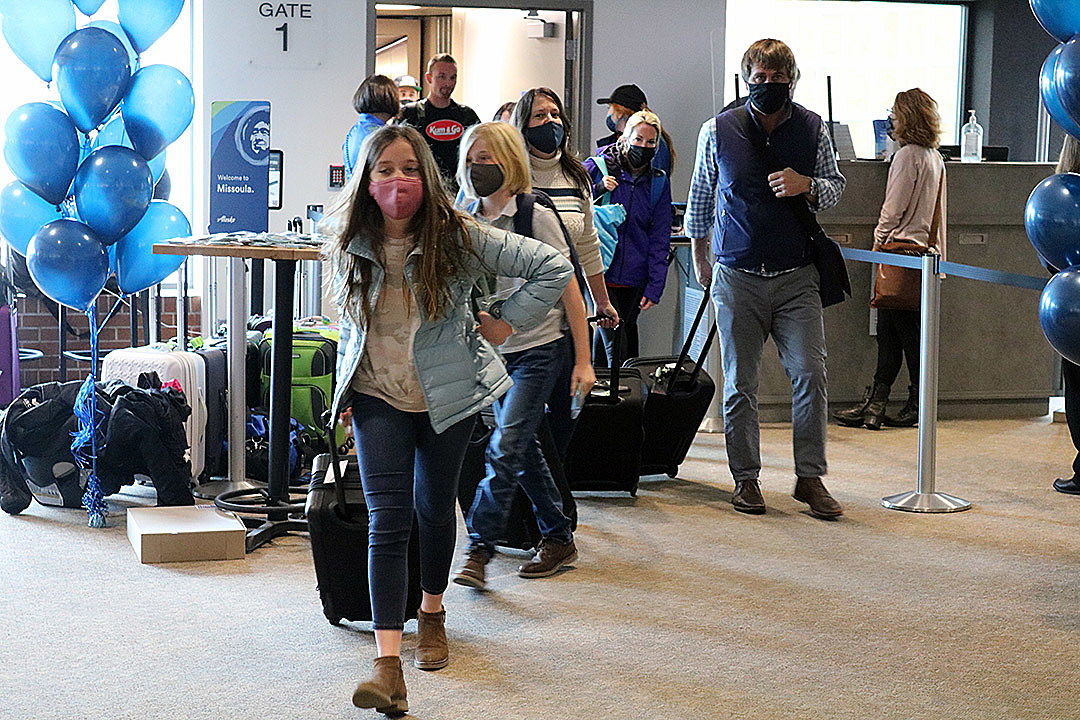 With its growth in passengers and flights, Missoula Montana Airport has gained the status as a small-hub airport, a designation that places it into a separate funding category and comes with new requirements.

Airport director Brian Ellestad on Tuesday said the status was announced earlier this month during a Federal Aviation Administration meeting in Helena. Leaving behind its non-hub status is a result of the airport’s growing percentage of nation’s passenger traffic.

“To be classified as a small hub, .05% to .25% of the nation’s traffic needs to travel from your airport,” he said. “Over the years we have been moving up and we expected to reach this status in the not-too distant future.”

While the airport’s number of boarding passengers has remained steady recently, its percentage of the nation’s passengers has increased, making it the 138th busiest airport in the country during the pandemic.

While the pandemic stalled that growth, passenger counts have nearly rebounded to pre-pandemic levels, reaching 95% of average in September.

“Small-hub status is a percentage of the nation’s traffic,” Ellestad said. “Montana and the Northwest has been found. We’ll get a greater number of those passengers, so there’s a good chance we’ll stay there over time.”

Ellestad said airlines reduced their schedules after Oct. 1, leaving Missoula with roughly 15% fewer seats when compared to the same time in 2019. But now, he added, many flights are overbooked.

“Nearly every day our flights are overbooked and they’re asking for volunteers,” said Ellestad. “People in Missoula are now flying again.”

While the designation may not count for much, Ellestad said it does reflect their airport’s growth, something the business community has pushed for over the past decade. The growing number of flights lead to greater competition, which drives down ticket prices.

In 2019, the airport had the lowest average fare in the state, according to the U.S. Department of Transportation Statistics.

As a small-hub airport, Ellestad said a number of requirements will now need to be met, most of them he described as minor. Among them, the airport will be required to have a “mother’s room,” which was already planned in the new terminal.

The designation also means the airport won’t be permitted to collect some forms of discretionary funding from the FAA. The airport must also establish a safety management system. He said the airport already does so, though it will now need to document its procedures.

“Not a lot of things change for us,” he said. “It’s stuff we already have planned for, so we’ll be good there.”