Growth, changes on Missoula’s north side get mixed reviews from long-time residents

Pat Bachman pointed to a boxy, two-story building across the street from Otto’s Crane and Rigging, the heavy machinery business his family has run in Missoula’s Northside neighborhood since the 1930s.

The large townhome, which stands where a smaller single-family home stood before, comprises six separate units.

The spread of townhome development on the Northside is part of a surge of high-density building that’s changing the neighborhood. Some, like Bachman, say it’s for the worst.

“I had to put signs up so people would quit blocking my driveway,” said Bachman, who believes the city didn’t account for increased parking needs when allowing the development.

Bachman’s lot is full of heavy machinery, some of it more than fifty feet long. His business fills up a whole block on one side of Mitchell Street and half the block on the other side with large garages and oversized trailers, cranes and boom lifts. 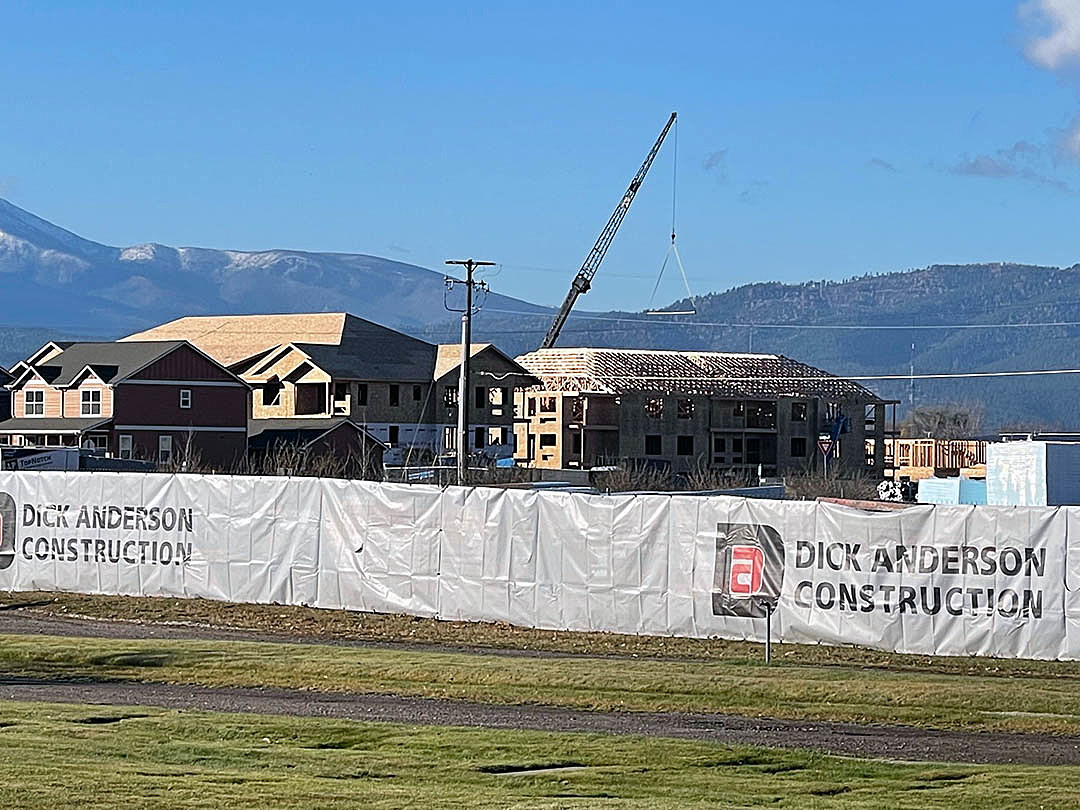 Aside from the parking, he feels like it’s harder than it used to be to run a business on the Northside, and in Missoula in general. A roundabout on Orange Street has blocked quick access to the interstate, and a new weight limit on a neighborhood street forces a long detour to reach his other equipment yard just a few blocks away.

All of that adds up to lost business, he said, but the city doesn’t seem to care. Bachman nodded toward the townhomes across the street. “I think they want more people just working in their homes, on computers,” he said.

Bachman’s grandfather, Otto, started the business as a towing service in the 1930s. Bachman’s dad expanded into crane work later. They once used the big cranes to maintain large industrial sites like the Smurfit-Stone Container mill in Frenchtown and the ASARCO smelter in East Helena. Both sites closed in the 2000s.

Since 2011, a lot of new building projects in Missoula, and on the Northside in particular, are compact townhomes on single-home parcels. That year, the state Legislature passed a law allowing lot owners to put up multi-unit residences without having to pass onerous subdivision reviews through an ordinance called the Townhome Exemption Development Option.

The ordinance was meant to prompt high-density development in order to stave off suburban sprawl and overdevelopment of surrounding green space, and to increase supply to make housing more affordable in Missoula.

Missoula has ramped up townhome construction in the last decade, building 146 last year compared to just 20 in 2011, according to the Missoula Organization of Realtors.

Val Smith attended Whittier School, which is now the site of Head Start, and lives with his partner in a Northside house his parents bought in the 1970s. But changes to the neighborhood have him thinking about moving.

“If we had a place to go that we could afford, we would leave in a quarter of a second, and I’ve been here for 58 years, and I love the place,” Smith said. “Except for the last couple of years.”

Smith runs a boiler service and auto repair shop on his property and has noticed an uptick in theft and vandalism in his alley over the last 10 years. He said there’s no place to park on the street, and congestion is getting worse. His property taxes have tripled to $2900 a year since 2011, and keep going up.

“That’s partly because, you know, they put up four of these where there used to be two houses and a bunch of garden space,” he said, pointing across the alley at a lot filled with the square townhomes.

Smith doesn’t blame his new neighbors in the townhomes, but he misses the old feel of the neighborhood.

Down the alley, Smith’s friend Tide Aster works on classic cars in his backyard. He grew up with older cars, and said he just doesn’t like to see them rusted up and discarded. He pointed to a rosewater-pink 1957 Cadillac. “They’re just too cool and the lines are too smooth,” he said.

Aster’s more equanimous about the neighborhood changing. He runs a plumbing company, and says he’s seen the disrepair in some of the old Northside houses. “Some of them, it’s high time to mow them down and start over,” he said.

Aster’s house was passed down from his great-grandfather, who worked for the Northern Pacific Railroad when it was the Northside’s main employer.

He plumbed some of the townhome projects and sees the growth as inevitable. He admits parking may become an issue, but, he says, “I try not to bitch about it because I have a bad habit of collecting cars.”

Even Northside residents who have been there the longest point to positive changes, like more young families and new homebuyers who care for formerly-neglected properties.

Bachman, the crane business owner, doesn’t know how much longer Otto’s will be around. He has thought about selling, but his neighbors routinely beg him not to. They like the openness of the equipment lot, they tell him, and worry about what would take its place.