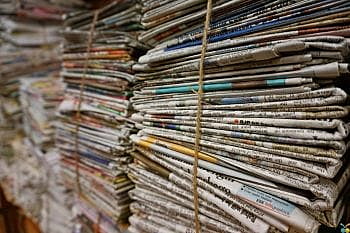 Lee is the parent company of the Montana newspapers the Missoulian, the Ravalli Republic, the Billings Gazette, the Montana Standard and the Helena Independent Record.

Lee Enterprises is a public traded company that has 75 daily newspaper outlets across the nation.

Alden is offering $24 a share, around a 30% increase on Lee’s closing stock price of $18.45 on Friday. Alden owned 6% of the issued and outstanding common stock of Lee as of Friday.

In a letter to the Lee Enterprises Board of Directors, Alden said: “We believe that as a private company and part of our successful nationwide platforms, Lee would be in a stronger position to maximize its resources and realize strategic value that enhances its operations and supports its employees in their important work serving local communities.

“Our interest in Lee is a reaffirmation of our substantial commitment to the newspaper industry and our desire to support local newspapers over the long term.”

Alden currently owns around 200 publications, making them the second-largest newspaper publisher in the United States. However, the hedge fund has earned a reputation of slashing costs, often through layoffs, among journalists formerly employed at those publications.

Lee Enterprises has already been making downsizing/cost-cutting efforts in recent years. The Billings Gazette, Montana’s largest newspaper, announced in September it will sell its current building with the intention of moving into a smaller location somewhere in town.

The Missoulian is also selling its building in downtown Missoula.