One year after voters approved funding for an expanded transit system and to make Zero Fare permanent, Mountain Line is now working to implement the improvements.

But it’s also working through the challenges that come with growth, including a shortage of bus operators and an aging facility that doesn’t allow room to expand.

Both must be addressed if Missoula’s public transit system wants to meet future needs and remain a key piece of the city’s transportation network.

“If this transportation package ever does pass Congress, there will be a great opportunity for funding,” said Mountain Line general manager Cory Aldridge. “If we miss out on that opportunity because we don’t have property, that will be millions of dollars that could have come into Missoula but didn’t.”

Mountain Line officials met Wednesday with members of the City Council to discuss their successes and goals moving forward, as well as the challenges that lie ahead.

Voters last year approved expanded service that will see Mountain Line operate seven days a week for the first time, and expand service on weekdays. The expansion amounts to a 28% increase in service, making public transportation a viable option for more people.

But in this era, Aldridge said, recruiting the workforce needed to grow the service has been challenging.

“In order for us to put out this additional service, we need to hire an additional 25 operators,” he said. “Right now, we can’t even put out the 100% level of service we currently have. We’re running slightly reduced service because of a lack of operators.”

Mountain Line plans to ramp up its recruiting efforts while also looking for a new location to place its headquarters facility. The current facility sits on roughly 2 acres near the railroad and offers no way to expand with future needs.

Aldridge said the agency’s needs assessment recommended property with 8 to 10 acres. To keep costs down, that location must be near the heart of the transit system in downtown Missoula.

“We’ve been looking at a location, trying to find property that’s somewhere close to where we currently are,” he said. “One of the areas that has risen to the top is the north Scott Street area. The city has indicated some desire to co-locate and share services, but our needs are pressing. We can’t wait much longer before we need to have property purchased.” 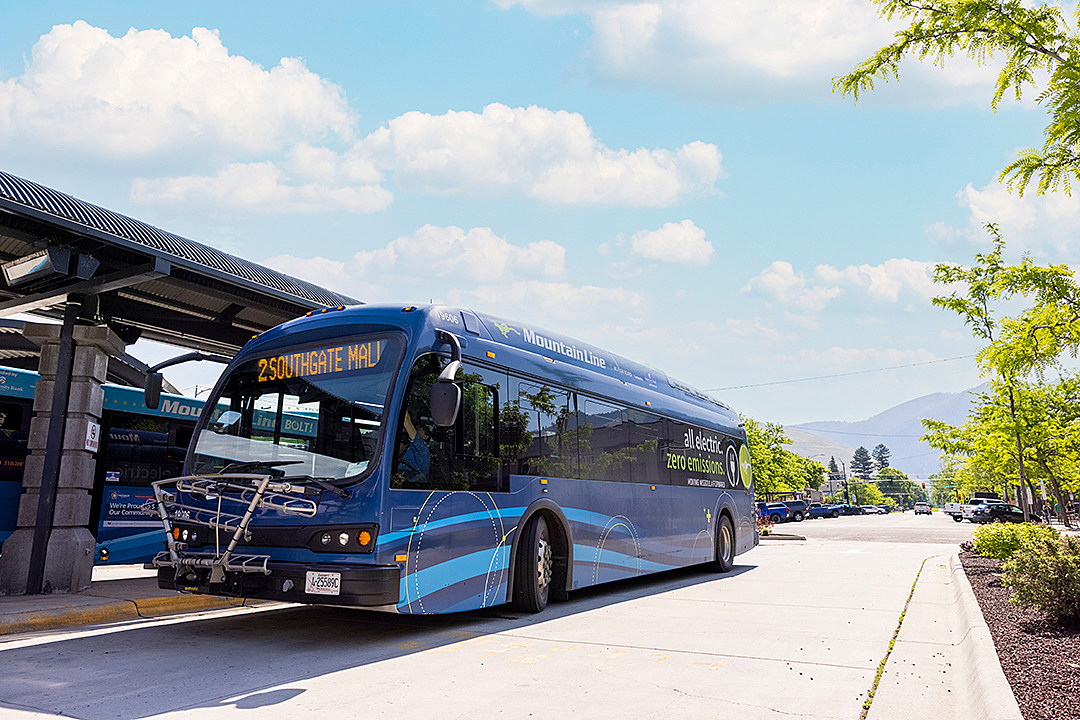 The city bought around 19 acres on Scott Street several years ago and has entered into an agreement with a developer to use 9 of those acres for affordable and workforce housing.

The city will retain the remaining 10 acres for Public Works and the future consolidation of offices. Ideally, Aldridge said, the city and Mountain Line would share that property. The agency’s only other option would place it out by the airport, which isn’t ideal, he said.

“Instead of putting that funding into service on the streets, the funding would go to the cost of wages and fuel and maintenance for the distance between our facility and our main hub,” he said. “It really is financially important for us to be close.”

While the agency addresses the challenges, it’s also embracing its transition, one that was recently recognized as the Transit System of the Year for North America. The award showcases Mountain Line’s growth in recent years and the novel ways it has grown the city’s transit system.

As part of that growth and transition to the future, the agency plans to upgrade its stops and grow its fleet of electric vehicles. Mountain Line will have six electric buses in its fleet this year, bringing its fixed-route fleet to 40% electric.

The agency also received $3.6 million from the federal government to continue that effort, according to Shanti Johnson, the communications director for Mountain Line.

“That’s going to allow us to score more electric buses, which will help us be about 57% electric once those arrive,” she said. “Mountain Line really is at the forefront of transitioning rapidly to electric compared to other transportation organizations across the U.S.”