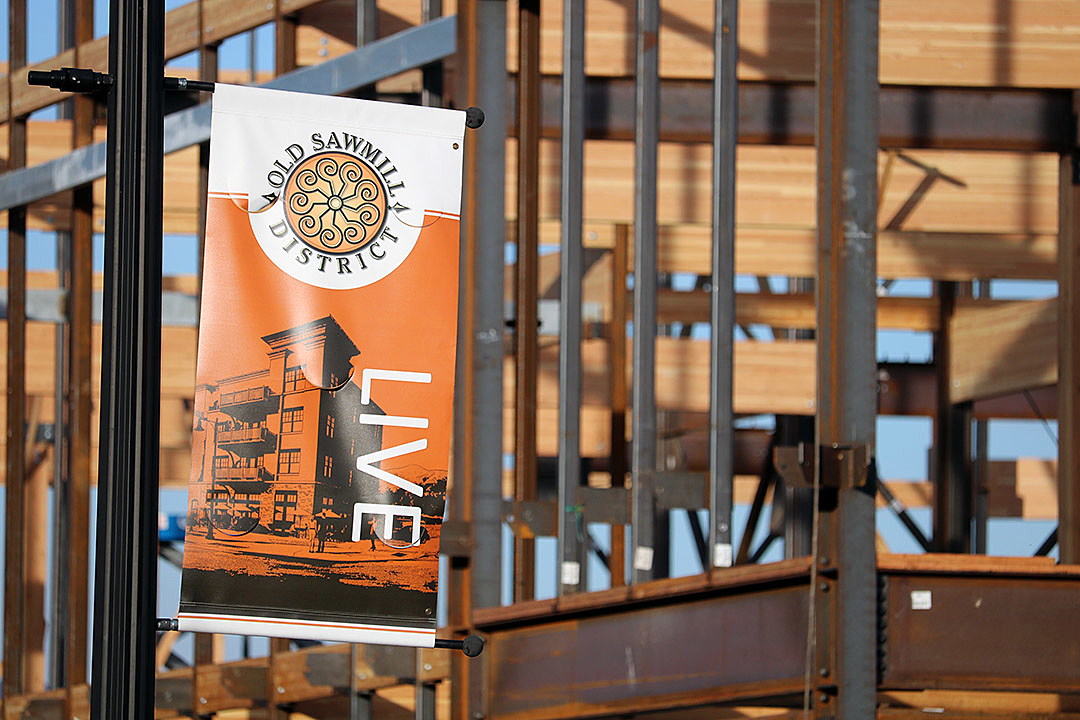 With approval from the planning board in place, the Missoula City Council is set to consider a zoning amendment for the Old Sawmill District that would allow for a wider range of uses in one portion of the subdivision.

New portions of the district are under construction, and architects have said they’ve had challenges meeting the limited definition of uses allowed on the ground floor.

Removing those restrictions would allow for a wider range of options, both in use and design, and enable the development to shift with changes and trends in the economic market.

The Consolidated Planning Board last month approved the amendment 6-0 and the City Council took it up on Monday night.

“The proposed expansion of the allowed uses will continue to reflect the goals for mixed-use development in the Old Sawmill District,” said city planner Emily Gluckin. “They’ll continue to contribute to the economic vitality of the area while continuing to promote a pedestrian-oriented pattern of development.”

The Old Sawmill District was originally subdivided in 2007 and was placed under the Millsite Special Zoning District. Gluckin said the City Council then approved amendments to the subdivision’s phasing plan in 2009, 2012 and 2014.

The 2014 phasing plan included 11 phases with a deadline of 2025 for when all plats and phases must be be submitted for approval. To date, she said, just one final plat has been filed, though the project is gaining momentum.

Crews broke grown north of Wyoming Street for the first time earlier this year and are constructing portions of what’s intended be a new tech campus. The facility will be occupied by Cognizant-ATG once finished, and additional buildings are planned as part of the tech campus.

Under current zoning restrictions, however, that area of the development only allows some commercial activity on the ground floor and residential uses above. The ground-floor uses are limited, and developers with the Millsite Revitalization Project are seeking changes to allow for more ground-floor opportunities.

Gluckin said the request adheres to a number of city plans.

“The rezone request complies with the economic health, housing, community design and mixed-use goals of the growth policy, as well as the Downtown Master Plan,” she said. “It will address changing conditions by allowing the existence of non-residential uses that can be supported by current market conditions and fluctuations in market conditions, thereby preventing vacancies.”

The City Council will give the request final consideration next week.