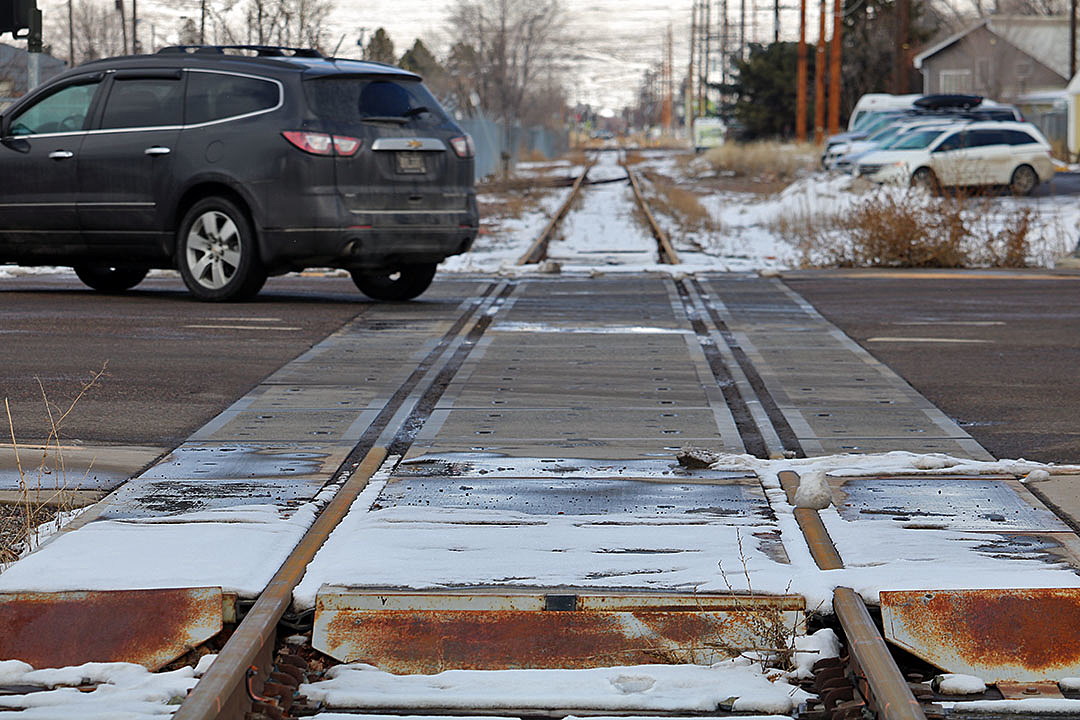 A discussion on rezoning a small parcel of land near Southgate Mall turned into a larger debate on traffic planning and zoning in general, and Missoula’s need for more housing in areas already served by city services.

A developer seeking a zoning change for a Schilling Street property where he’s planning a new housing project cleared the Consolidated Planning Board earlier this month and went before members of the City Council this week.

Like the planning board, some city officials expressed frustrations with the city’s dated zoning tools and their incompatibility with the Our Missoula Growth Policy.

“One of the things I’d hope council will continue to consider as we march down a path here in making these land-use decisions is the tension between our growth policy and our existing zoning map, and how it’s slowing down the development of quality housing in our community,” said Missoula Mayor John Engen.

Much of Missoula’s zoning predates the adoption of the growth policy and in many cases, the two don’t align. That has left the City Council to consider countless requests for a zoning change when developers seek to complete a project that better aligns with the growth policy.

Some of those rezone requests end up controversial, and some are ultimately denied based upon the whims and composition of the City Council. But the city is undertaking a sweeping effort to reform its codes and bring them in line with its modern growth policy.

“As we move forward with code reform, one of the things we’ll need to do is reconcile that,” Engen said. “It’s going to be challenging, but it gets us out of this business of piecemeal rezoning, and we ought to be out of that business.” 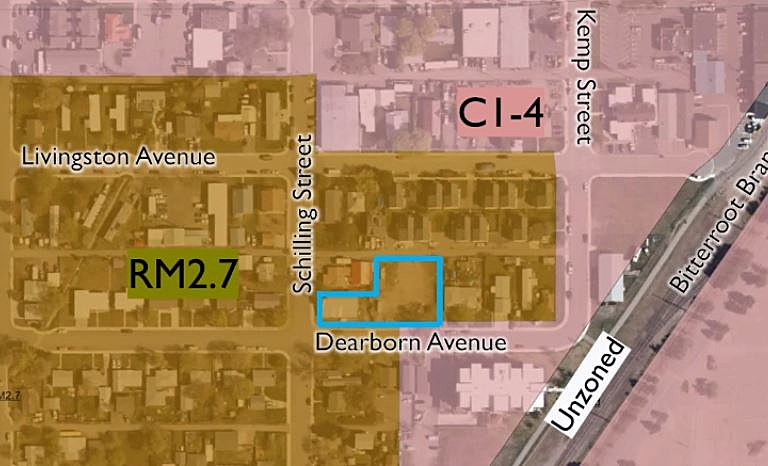 The developer, Dennis Lower and his wife, have owned their Schilling Street property since 1999, and Lower continues to run his construction company from the site. While plans remain in the works, he intends to clear the property and build three buildings, each containing multiple units.

The requested rezone would allow around 21 housing units – a slight increase from what’s currently permitted. The City Council has used traffic concerns in the past to deny a zoning request, most recently for a development in Lower Grant Creek.

Engen has urged council members to consider the maximum density proposed in the growth policy when considering future zoning requests.

“You’re really thinking about everything this zoning allows as a function of your deliberations,” he said. “There is not one of these rezonings that will not trigger concerns over traffic. The time to consider that is not at the time of a rezoning request, but at the time of our master planning processes.”

While area residents aren’t outright opposed to the development proposal, they have voiced concerns about increased traffic and the speed of that traffic on Schilling Street. The city completed traffic calming efforts further north on Schilling, but not in the area of the proposed development.

City Transportation Planner Aaron Wilson said the city can be nimble when it comes to some traffic measures, and the Neighborhood Traffic Management Program gives residents a way to voice concerns and ideas.

“It’s not just this neighborhood that’s seeing development. We’re trying to balance where we can to most effectively address those transportation issues,” Wilson said. “The rezone itself doesn’t give me a lot of concern on the transportation side. We have the tools to address any impacts.”

Code reform could also save developers money and, in small ways, prevent additional costs from being passed on to consumers. According to the city, it costs a developer $4,179 to file a rezone request for one acre or less, and $6,422 for property greater than one acre.

Citywide code reform could reduce the number of requested rezones by bringing zoning in line with the growth policy.

“This is a cost that ends up getting passed on to future residents, be they homeowners or future renters,” said council member Heather Harp. “Every time we have to do this, it costs our constituents more money. We have to change things from how they’ve been done, because the process gets extremely expensive.”