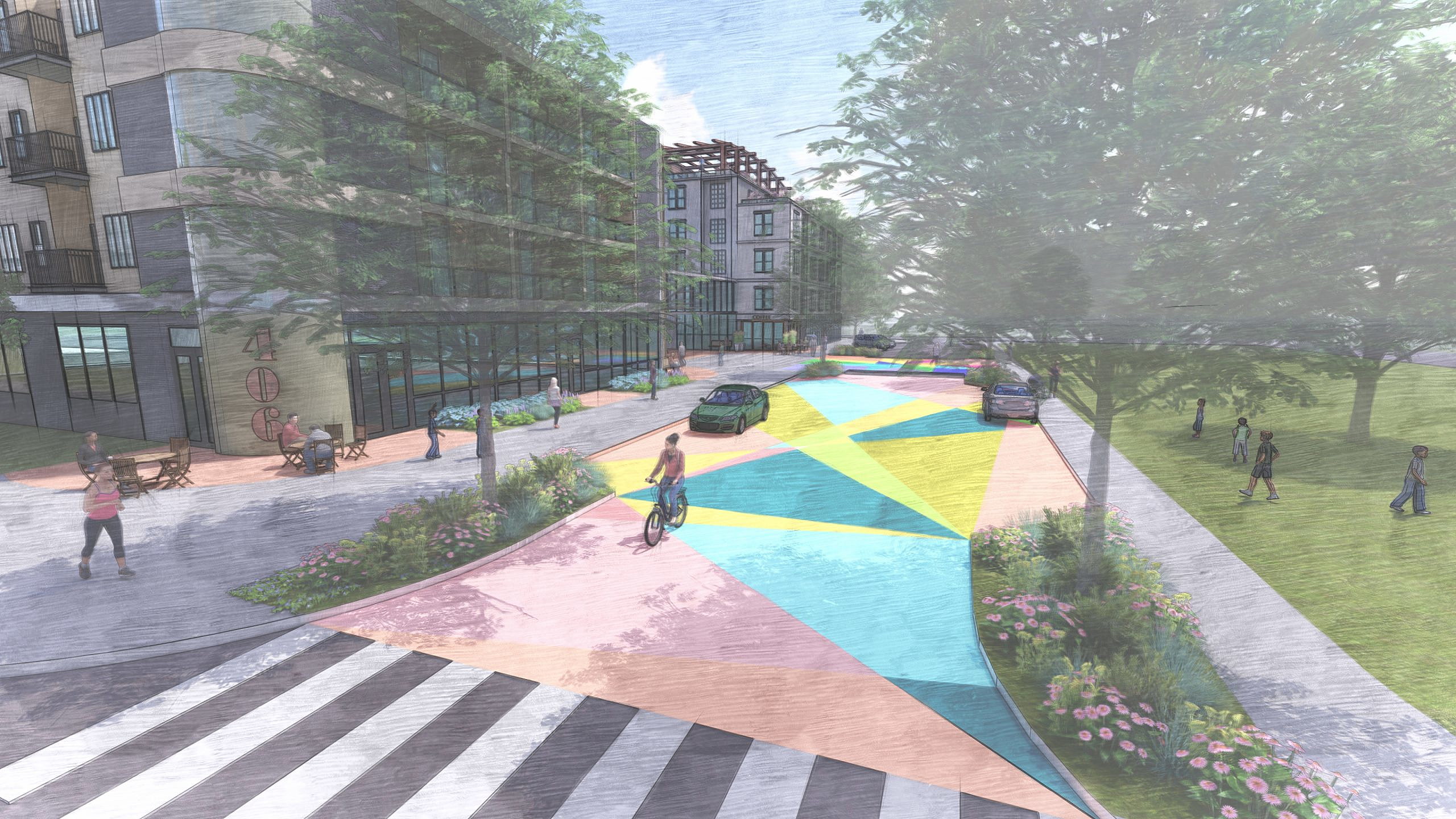 Looking for financing and energy, a property owner has placed his Midtown parcel on the market and is hoping to attract a “values-based” partner to bring plans for a mixed-use housing project to fruition.

Patrick Lawler, owner of the Bow Street property, has developed a vision he’s dubbed the “406 Commons.” If achieved, the project would bring an estimated 84 attainable housing units to the market in the heart of the Midtown district.

“Like many cities located in desirable places, Missoula is experiencing some radical changes due to the pandemic these past two years,” said Lawler. “Our team would like to contribute as best we can to create community-first solutions to the problem and find creative and innovative ways to give more Missoulians an opportunity for home ownership.”

Over the past year, Lawler’s team has developed a vision for the project, along with a feasibility study. He said current zoning within the area permits a mixed-use project with ground floor retail and housing on the upper levels.

The city has encouraged such projects in its efforts toward inward growth and walkable neighborhoods. The project proposed for the Missoulian property includes ground floor retail and upper-level living, as does early designs for projects planned in the Riverfront Triangle.

While the plans for 406 Commons are in place and a vision rendered, Lawler said the proposal needs more financing and energy to bring it across the finish line.

“For this project to be optimal, it needs more energy. That energy comes in the form of money, time and expertise,” Lawler said in a statement. “Our team would like to offer this remarkable mixed-use vision for consideration to the community, and see if we can find a values-based ‘heart partner’– a buyer or development partner to help bring this to fruition.”

The property is located east of Brooks Street and north of South Avenue and is currently occupied by the former Women’s Health Club and Red Willow Learning Center. The former has closed and the latter has relocated.

The Midtown district has been identified in city plans for its potential to help meet Missoula’s infill goals, and plans are in the works to help set a path toward planned redevelopment.

The Missoula Redevelopment Agency has funded a master planning effort while a nearly $850,000 federal grant has been received to fund a study on the Brooks Street corridor.

That project envisions a Bus Rapid Transit system and other corridor improvements to make it more user friendly for pedestrians and cyclists. Lawler believes the district’s future could help bring the 406 Commons to reality, and other projects like it.

“Midtown is poised to become the heartbeat of Missoula,” Lawler said. “We operated community-forward businesses in Midtown for nearly four decades on this same site. I’m excited to find the right person or people to take the same heart we put into these businesses and place it into this community vision.”