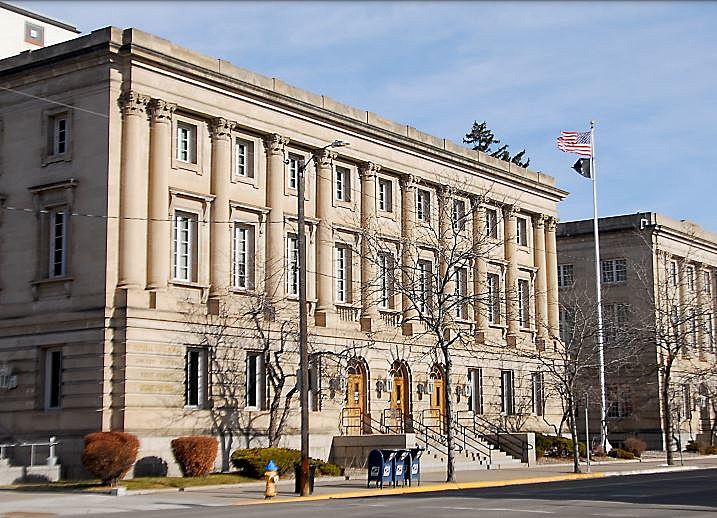 While the city and county of Missoula inch forward in their planned remodel and occupation of the downtown federal building, they’re also working with the U.S. Postal Service and its search for a new location.

The federal government is expected to transfer the title for the historic building to local government next September. As much as $40 million in rehabilitation work is needed to preserve the facility and prepare it for public use.

The Post Office will also need a new home.

“They believe in the existing building, they have far more space than they actually need, and they’re considering what that would mean if they were to look at other locations,” said Chris Lounsbury, the county’s CAO. “They had some interesting and challenging ideas behind what were some of the things they’d need that don’t exist in their current space.”

While the post office prefers to stay downtown, it’s seeking a location that provides around 4,000 square feet of space and 35 parking spaces. That’s not easy to come by in the downtown district and has made the search more complicated.

“One of our (county) needs and one of their needs in that (federal) building is the loading dock, based on the amount of deliveries received,” said Lounsbury. “It’s another consideration for them given the number of postal trucks. But there are opportunities there.”

The city and county in June agreed to accept the federal building from the government, and they approved a memorandum of understanding regarding future costs and care of the facility.

The city’s Downtown Master Plan supports acquisition of the building, which could house up to 400 city and county employees by the end of 2024 if plans stay on track.

Dale Bickell, the city’s CAO, said the two local governments are in the process of updating the next design phase and how the various departments would fit into the facility. The City Council will consider the update in January.

“It shouldn’t affect the project,” Bickell said. “It’s a good opportunity to get the project in front of new council members.”

The city also is looking to see if funding from the infrastructure bill is available for the project.

“We’re looking hard,” he said. “Our administrator is not only looking at all infrastructure, but if there’s a component that will work for this building. There may be opportunities there.”