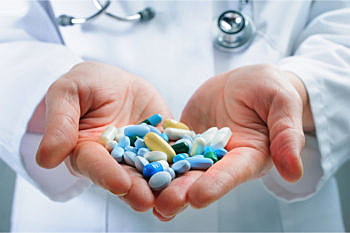 Calling it a landmark case, Missoula County on Thursday entered into a settlement agreement with several opioid manufacturers and their distributors in hopes of receiving funding and other tools to address misuse of the drug.

The agreement also includes a memorandum of understanding negotiated with the Montana Department of Justice and Attorney General’s Office that explains how the settlement funds will be distributed between the state of Montana and local government entities like the city and county of Missoula.

“I think this is a really big deal for Missoula County, for other counties in Montana, the state of Montana and other states around the country,” said deputy county attorney John Hart. “You would have to have been living in a cave the last decade to not be aware of the severity of the opioid epidemic nationally.”

Missoula County in 2019 became a plaintiff in the national litigation pushing to hold the opioid manufacturers and distributors responsible for the epidemic. It chose the Keller Rohrback Law Office in Seattle to represent its claims.

Three years later, a settlement has been reached. Hart said it includes more than 30 defendants.

The funds could become available next April, though the amount will be determined by how many plaintiffs enter the settlement. The deadline to do so is Jan. 2, according to Hart.

“The extent of this participation will determine whether the settlement agreements take effect,” he said. “Participation levels also impact how much money settlement parties will receive. The greater level of participation, the more funds will be available to pay out for abatement.”

To drum up participation, the state Attorney General’s Office has sent emails to all 56 Montana counties and the six largest cities by population in Montana. By choosing to participate, the entities stand to receive direct monetary payments stemming from the settlement.

“The attorney general has encouraged everybody to participate in this,” Hart said. “It’s a good opportunity for the state of Montana and cities to start to have some money to address this epidemic.”

Of the $26 billion that’s potentially available, Hart suggested Montana would receive around $80 million. Of that, around 15% will stay with the state and 15% will go directly to local governments based upon population and other metrics, such as their number of opioid prescriptions.

The remaining 70% will go into an abatement trust fund that will be administered by an advisory committee equally represented between the state and local governments. In that role, Missoula County could have an opportunity to apply for addition funding from the remaining 70% of the settlement funds.

“Normally when you settle a case, you can do the math right there during the settlement conference, and you can determine how much money is going to come your way,” Hart said. “Because of the incentives baked into these agreements, it’s impossible to know how much money might be coming to Missoula. But it’s going to take as many local governments like Missoula County participating to maximize the benefit.”