A subdivision that went bust during the 2008 recession has found new life and could see activity pick up this winter, a team of developers said Tuesday.

It could also include a new addition that would make it one of the largest Missoula subdivisions in recent years, and at a time when the city’s short housing inventory has led to rapidly rising prices.

ASJ Ventures already has completed smaller phases of its project after purchasing a portion of the old Running W Ranch in 2019. Phase 1 included five homes while 14 additional homes associated with Phase 2 will be available next year.

But the firm said it planned to close this week on the remaining 120 acres associated with the Running W Ranch. The property is located northeast of the Wye and was never developed after last decade’s recession.

According to Parsons Behle & Latimer, which is representing the developer, Missoula County approved the remaining property for 220 home sites and several multi-family units back in 2005.

Over the past few years, economists have said Missoula’s lack of accessible housing has made it harder for businesses to recruit and retain workers.

“The best way to accomplish that is to facilitate home ownership and the benefits that come with it,” Suchecki said in a media release. 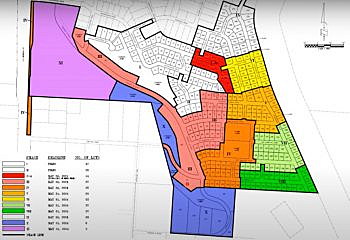 The new addition will become the Meadowlands and has the potential for an increase in density, the development team said. ASJ plans to work this winter to prepare the infrastructure ahead of future development. A community water system is already in place.

The project was initially approved in 2005 under several dozen conditions that range from wildlife mitigation to two required traffic signals on Highway 93, including its intersection with Snapdragon Drive and Ladyslipper.

ASJ is headed by Suchecki, Alan Hurd and Scott Peterson.

Several other projects are planned or taking place in the area west of the city. OO Land Holding LLC and Vicking Builders plan to construct a 197-unit subdivision dubbed O’Keefe Ranch Estates. That project also is planned off Highway 93 north of the interstate.

A separate developer – Jeannette Manley – plans to develop a live-work property on 3 acres off Highway 93, also north of the Wye.