Acting as the board of directors for Missoula’s drinking water system, the City Council on Monday voted to increase utility fees for water, stormwater and wastewater to cover increasing capital costs.

The new fees will take effect next month and increase incrementally over the next three years. The rate hike, which amounts to $1.26 next year for water users, marks the first increase sought by the city since it acquired the system in 2015.

“Budgets are tight and for many, this will be challenging,” said council member Mirtha Becerra. “However, there has to be a balance with being able to provide the quality of services we’ve come to expect, and we have to do years – if not decades – of deferred maintenance on our system.”

While any rate increase can find opposition, supporters note that water rates remain at 2011 levels and that wastewater rates haven’t increased since 2015.

“The water rates have not increased at all in the years the city has owned the water system. But the price of everything goes up,” said council member Julie Merritt. “If we do not keep our rates up with the cost of labor and materials, we’ll find ourselves in the same situation with the water system in that there’s a ton of deferred maintenance that has to be taken care of.” 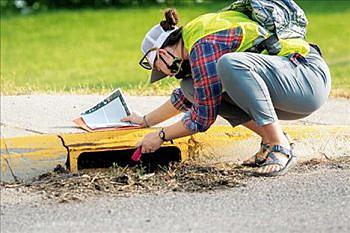 During the city’s legal efforts to acquire the water utility, the system’s poor condition at the time played a central theme. The former owner diverted user fees to investors rather than placing that revenue back into the system to make needed infrastructure improvements.

At the time of acquisition, Missoula’s drinking water system leaked half the water it pumped back into the ground. In the years since acquisition, the city has invested water revenues back into the system, replacing aging pipes, more efficient pumps and other capital improvements.

The waste of resources and energy of a poorly maintained system brought the city’s energy and climate team to support the rate increase.

“If we’re pumping water and pumping it all over the city and it’s leaking out, it’s a gross waste of energy,” said council member Amber Sherrill.

While not all council members support the rate increase, Missoula Mayor John Engen said the discussion on doing so was more fair than in the past when the utility was privately owned. Back then, a requested rate increase would need approval from the Montana Public Service Commission, on which Missoula has no representation.

Under the current arrangement, Engen said, the publicly elected Missoula City Council serves as the utility’s board of directors. As such, they must answer to the city’s utility customers – the voters.

“This is the board of directors making a decision in how we invest in the future of this critical system,” Engen said. “I can’t emphasis enough what a difference it makes having elected leaders who live in a community serving as a board of directors for a utility that provides this most fundamental of services to our community.”

Two members of the City Council opposed the increase, saying now wasn’t the right time to raise rates. However, the city said assistance is available for those who need help paying the additional costs.

Those who need assistance are asked to contact the Human Resource Council to apply for funding.