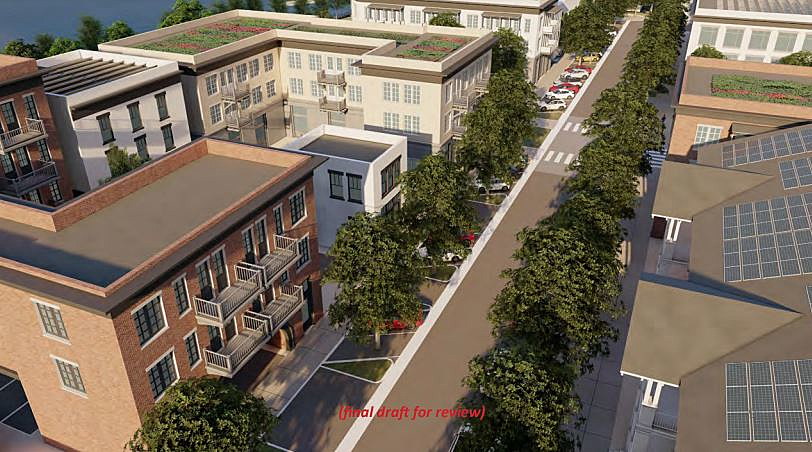 Nearly 18 months after approving a contract to plan the future of the West Broadway corridor, the Missoula City Council may be ready to make the plan official next week.

Crafted from what planners describe as “big ideas,” the final draft of the city’s West Broadway Master Plan will set new goals for what the dilapidated corridor could become.

The plan covers roughly 15 acres – an area considered in the Downtown Master Plan as well with a focus on housing, retail, restaurants and a greater number of transportation options.

Achieving the latter comes down to design, according to planner Rob Piatkowski of Dover, Kohl & Partners.

“A lot of it comes down to parking,” he said. “Accommodating all the parking that’s needed is the primary design factor behind our cities. But it’s a Catch 22. The more parking you have, the less comfortable it is to travel by walking, biking or taking the bus.”

The new West Broadway plan takes a different approach to design than some past projects in Missoula, especially those built around large parking lots and big box stores.

Instead, the plan looks to denser development, public spaces, bike lanes and actual bus stops. Piatkowski said Missoula has done well when planning around greater transportation options, but it needs to stay the course to begin moving the dial and transforming the way the city grows.

“Missoula is doing a great regard in this network, but there will have to be a continuation of that,” he said. “It’ll take a little more time and effort to keep working at it and recognize that some people may still need to drive. It’s making sure all these different modes have the same level of choice.”

A chapter of the plan also looks to improvements on West Broadway, making it easier for residents living north of the corridor to cross the road and find their way to the river.

“This is a really important step for the west side of our city. I think it’s a good plan overall,” commented resident John Wolverton. “If the city can make this stuff happen, it will be good for the neighborhood and good for all of us.”