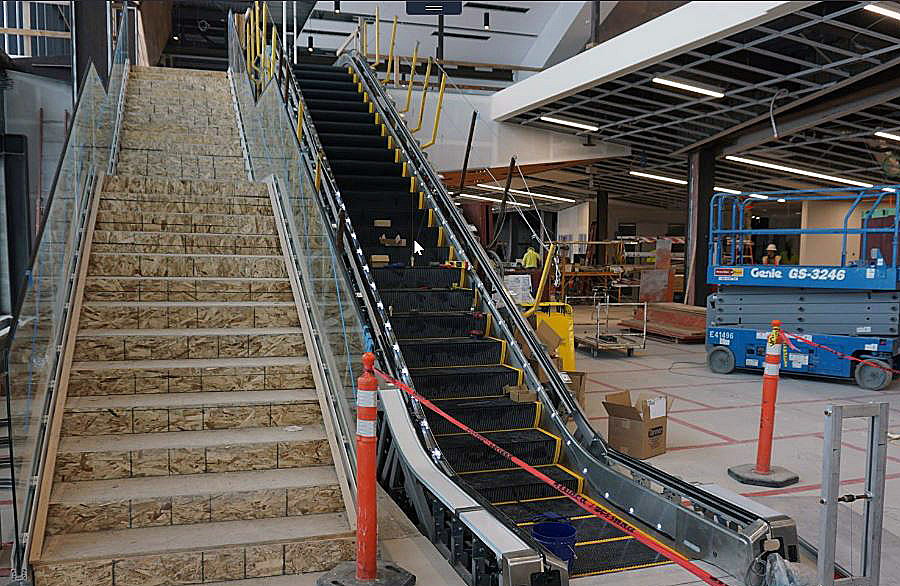 The escalator has power, the Geo-thermal system is ready to run and baggage screening faces its final test with the Transportation Security Administration next week.

The first phase of the new passenger terminal at Missoula Montana Airport is set to open in the coming months and crews are busy placing the finishing touches on the $70 million facility.

If all goes well, the terminal should be open to passengers as the spring travel season unfolds.

“We’re making final connections for our ground-source geothermal system, and it’s going to be powered up and commissioned in the next few weeks,” said deputy airport director Tim Damrow. “We’ll be firing the heating and cooling system up for the first time.”

Now a decade in planning and three years into construction – the new terminal is set to open as travel to and from Missoula rebounds to pre-pandemic levels. Before 2020, passenger counts at the airport had increased year-over-year, setting records with each new year.

Air service also has grown with new carriers, larger planes and more destinations. The old terminal was ill-suited to handle the growth, though the completion of Phase 1 should help soften the impacts as the airport turns its attention to Phase 2 and Phase 3, which represent the east concourse.

“We’re now out to bid for the east concourse. That package did go out on Jan. 20,” Damrow said. “We’ll be discussing the preliminary results of what we see back from those bid results. It’ll be an exciting time to see what the market bears for the cost of the next phase of that facility.” 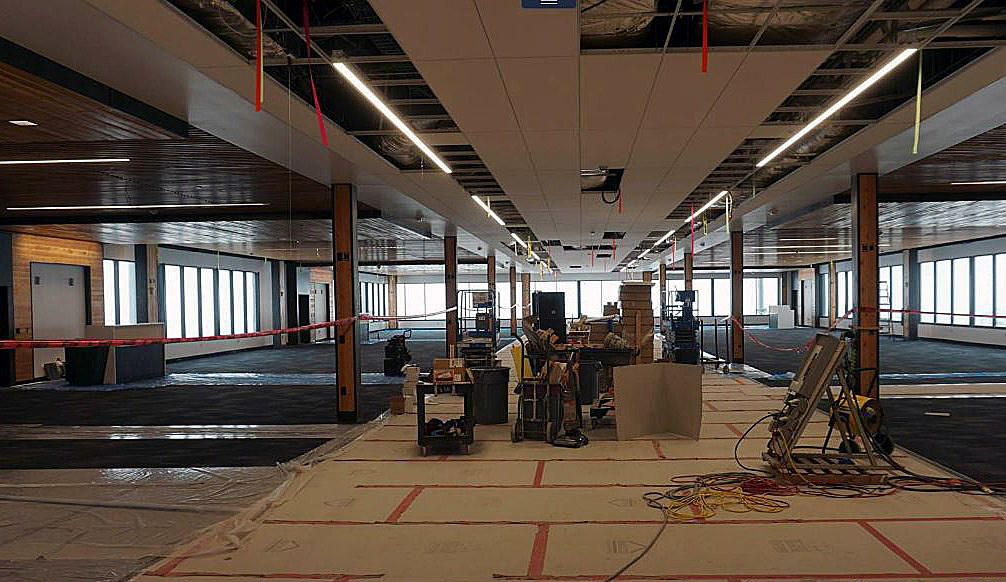 To date, the new south concourse has cost roughly $57 million, with roughly $13 million in work still pending before the spring opening. The work has been funded through airport contingencies, federal grants and credit.

As proposed, the estimated cost of completing Phase 2 and Phase 3 is set at roughly $40 million, bringing the total construction cost to around $110 million. Once finished, the airport will have 8 passenger gates and more passenger amenities.

The work is expected to meet the airport’s current needs and this week, officials approved $1.1 million in funding to begin a new master plan to guide the airport through the next 20 years.

In a recent task order, airport officials said the facility continues to see record growth, which has required continuous change in current and future operational and planning needs. Passenger counts have also increased, and the airlines that serve Missoula have met the demand by adding destinations and increasing capacity with more flights and larger aircraft.

“The Missoula community is also growing at a rapid pace,” they wrote. “This is putting pressure on the airport to protect the airspace and surrounding property for our current and future growth needs.” 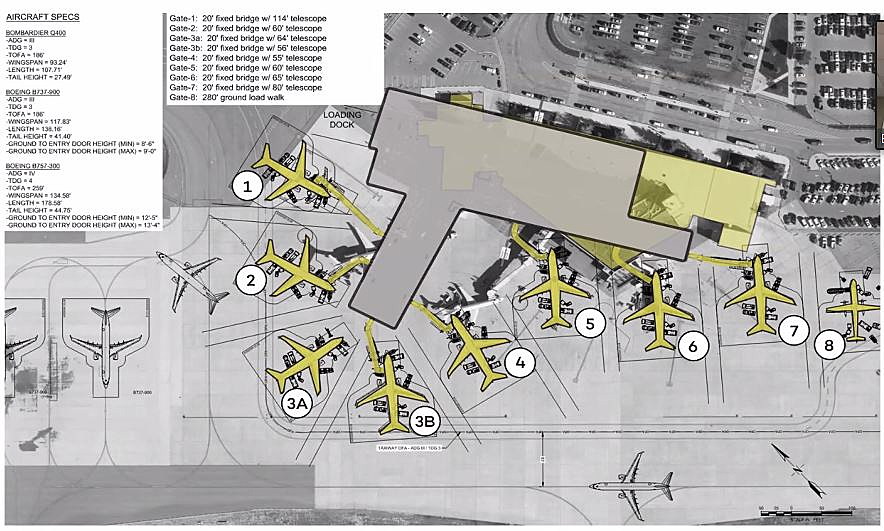 Among other things, the new master plan will examine that airspace and ensure it’s not encroached upon as Missoula grows. It will also include an aeronautical survey for incoming aircraft and an aviation forecast to predict service levels over the next few decades.

In recent years, Missoula has added American Airlines as a new carrier and opened new markets with nonstop flights, such as Dallas and several major cities along the California coast. With the new terminal set to open, additional destinations could be on the horizon.

“We’ll be looking at our south-side development, how we continue to protect the airspace with all the growth happening on the east side, and addressing noise is another piece that we’ll look a little closer at,” said Shawn Shay with Morrison-Maierle. “It’s cleaning up a lot of things that have been out there in the past.”

The general aviation community has also grown with the airport, which will require more ramp, hangars and taxilane down the road. As a result, the demand for developable land has increased, which will prompt the airport to explore its land holdings and options for development south of the runway in the new master plan.

The airport plans to work with city and county officials to ensure its growth plans and plans for growth in the greater Mullan area coordinate as much as possible.

“I’ve already talked to the city and county people, saying this was coming up and we’d like their participation,” said Lynn Fagen, the airport’s administrative manager.