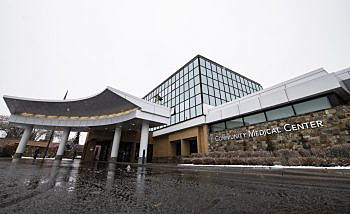 (Daily Montanan) More than 250 nurses at Community Medical Center in Missoula have reached a tentative agreement with the administration for a third-party auditor to help resolve missing or incorrect payroll for the previous month.

On Monday, the nurses, represented by the Montana Nurses Association, gave Community Medical until Wednesday at 1 p.m., to agree to a third-party audit after they said the promises of correct paychecks were still not fulfilled.

On Wednesday, the nurses association announced through their attorneys told the Daily Montanan that CMC had agreed to hire a third-party auditor, and committed to presenting a more detailed proposal of how to resolve the issues next week.

The nurses are being represented by Nate McConnell in Missoula and Raph Graybill of Great Falls.

Community Medical had been part of a nationwide payroll fiasco in which the Kronos software system for payroll had been the target of a ransomware attack. Access to the payroll systems for many companies which used the software was blocked. National publications reported that the government and healthcare sectors were particularly hard hit.

In Montana, other healthcare systems reported similar issues, but devised workarounds to pay the employees. However, the for-profit Community Medical said that the issues, which began on Dec. 12, would not be resolved until later in January, leaving many nurses without overtime pay or holiday pay as the state saw a surge of COVID due to the highly transmissible omicron variant.

After the story first broke, Community Medical told the Daily Montana that it would be working to correct the discrepancies, which the nurses said in certain cases was a matter of thousands of dollars. However, the nurses association also reported multiple errors when CMC attempted to reconcile the pay, leading the nurses to demand that a third-party auditor evaluate and reconcile the payroll to ensure the nurses are adequately paid.

“In the meantime, the Montana Nurses Association will continue to monitor the pay crisis at CMC, including the prompt correction of underpayments and mispayments, as well as the accuracy of employee compensation going forward,” a letter from the attorneys said.

Community Medical said on Monday that they had regained access to the payroll software and information about hours worked by the nurses.