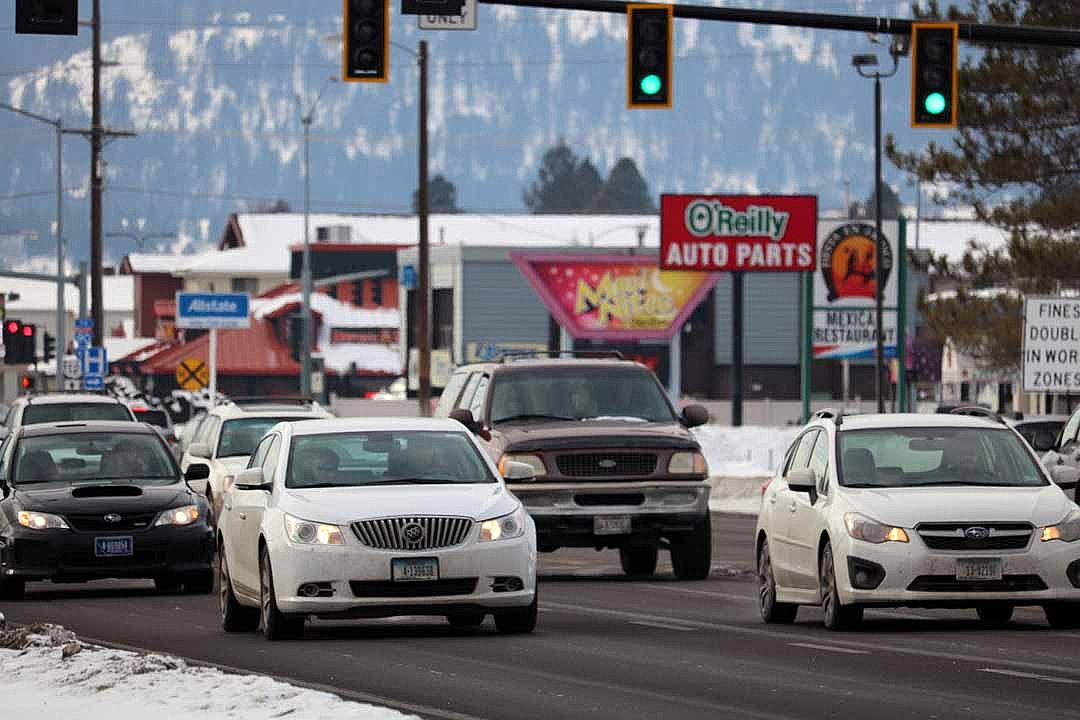 Calling it a forgotten neighborhood that holds great potential for infill, redevelopment and housing, the Missoula City Council this week approved an agreement directing federal funding toward a master plan set to kick off this spring in the Midtown district.

The area is bisected by Brooks Street, where a separate $850,000 federal RAISE Grant is being used to study and plan a bus rapid transit system. Once realized, that effort will provide timely public transportation along the corridor and connect it with downtown Missoula.

The parallel Midtown Master Plan would establish a guiding vision for redevelopment and growth within the district, helping it realize its full potential when it comes to public and private investment related to business, housing and other opportunities.

“This is a positive,” said council member Mike Nugent. “We all talk about housing, ways the city should focus inward, and this Midtown corridor is such an opportunity. This is the natural next step. A master plan right here makes perfect sense.”

The $50,000 in funding approved Wednesday represents federal funds set aside by the Metropolitan Planning Organization for the master planning effort as it relates to transportation. The agreement ensures the funds are restricted to eligible activities in the planning process.

But the larger master plan will cost around $570,000, drawing contributions from the Missoula Redevelopment Agency and several dozen businesses within the district. It’s those businesses that began pushing for the planning effort.

They also helped form the Missoula Midtown Association, according to Melanie Brock, a member of the planning committee.

“We have major employers in Midtown who want to see connectivity and housing density increase, and more offerings for hundreds of their employees,” said Brock. “We are very grateful this started with the business sector, and you have incredible support from community partners.”

The twin planning efforts already have the support of Midtown residents and businesses, who in the past have attended a number of visioning sessions. The plan looks to create predictability for private investment, promote equitable development, and provide more connectivity to an area lacking a pedestrian environment.

While the area is home to traditional single-family neighborhoods, it’s also home to a sea of unused parking lots and underutilized properties that have great potential for redevelopment.

“As the funding is pulled together to do this master planning, it’s what creates the space for more housing,” said council member Gwen Jones, also a planning committee member. “These are all long-term goals. Doing it the right way means having this kind of planning level. It’s valuable to do this kind of a deep dive in these planning efforts.”

The Midtown district and Brooks Street corridor is served by roughly 2,000 businesses that employ an estimated 17,000 people. Another 16,000 residents live within the district, mostly in traditional single-family neighborhoods built between the 1940s and 1970s.

But beyond a few recent private developments, the opening of Mary Avenue and a needed pedestrian bridge over Reserve Street, the area has been largely overlooked for its potential to accommodate growth and infill.

Over the past decade, a number of housing projects have been proposed within the area, including vacant land around the Southgate Mall. But so far, those projects haven’t materialized. Backers of the planning effort believe a guiding document, not unlike the Downtown Master Plan, could help incentivize new investment and bring some predictability.

“As our community grows, it’s so important we plan for this,” said council member Amber Sherrill. “As we grow, making sure our communities are livable, that we’re building houses and multi-use areas in Midtown is important. It’s going to be helpful for us in our larger city goals. It’s been a very forgotten part of our city.”