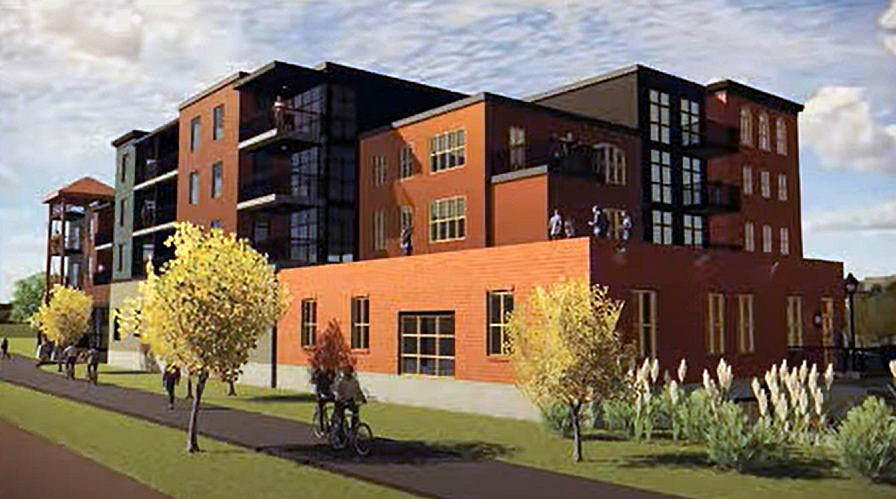 A team of developers plan to break ground on a 42-unit apartment building with ground-floor commercial space this year and adaptively reuse a historic building on the property.

The $17 million project, planned by Bricks and Spurs LLC, is slated for completion next year at 903 S. 1st Street West. The Missoula Redevelopment Agency will contribute a total of $319,000 in tax increment to cover the cost of relocating overhead utility lines, deconstruction and asbestos abatement, among other improvements to the public right-of-way as permitted by state law.

“I appreciate the amount of private investment going into this project compared to the TIF investment,” said MRA board member Ruth Reineking. “It’s a good ratio.”

Frank Scariano and Mike Morgan with Bricks and Spurs plan to salvage a portion of a 1905 warehouse that occupies the property. The building, which fronts the old Bitterroot Branch railroad spur, served as the home of the Bissinger Fur Trading Co.

The 42 apartments will largely include one-bedroom units with a handful of two-bedroom penthouse lofts, the team said. The units will go for market rate with a range of prices, depending on the unit’s location and amenities.

“Depending on where they’re located and size, it offers a good range of market rates,” said Morgan. “We’re trying to our best to offer equal opportunity for rental rates. We can offer various ranges of rental options for people.” 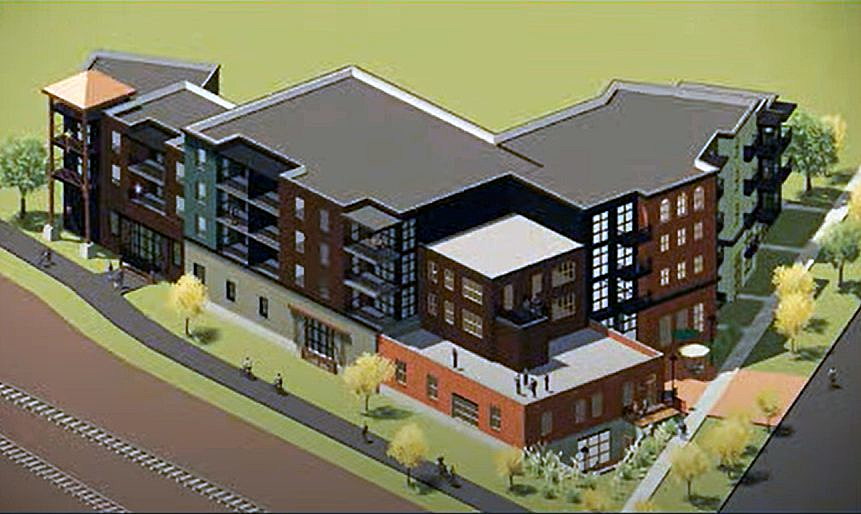 While market rate prices are needed to make the project pencil, the variety of units provides a range of housing options, and at a range of price points. Members of the board praised the project’s diversity of housing types.

Jones also said it may be beyond the scope of the city’s authority to make “affordable” mandates unless the developer seeks something in exchange. State law may also restrict such requirements when it comes to tax increment financing.

“I know there’s a housing need at all levels in Missoula, and in all categories,” Reineking said.

The property currently generates less than $16,000 a year in taxes though after the project is built, estimated taxation will increase to $129,000. That amount would reimburse MRA’s investment within three years, the agency said.

The project includes $1 public dollar for every $53 private dollars. The public’s contribution is limited to aspects that benefit the public good, including the deconstruction and salvaging of material, sidewalks and expanding public parking, among other benefits.

The developer will donate a trail easement as part of the project, they said.

“Our whole concept is centered around the character and charm of history. But this isn’t 1905 anymore, so we’re also trying to satisfy contemporary needs. It’s what zoning allows in this area and what the growth policy suggests,” Morgan said.