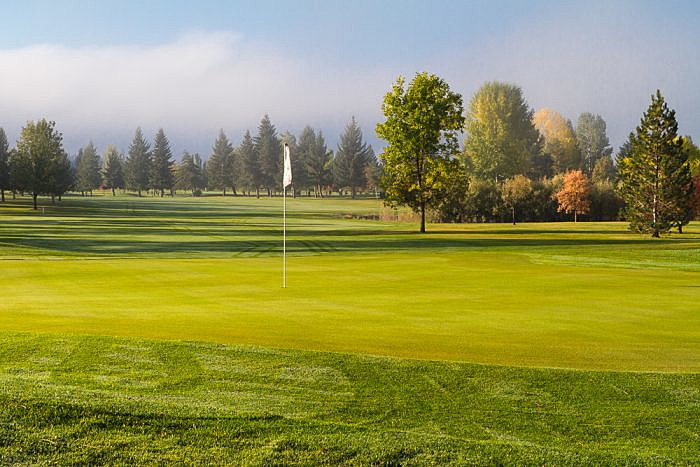 Members of the city’s Affordable Housing Resident Oversight Committee on Wednesday expressed disappointment in Missoula County’s decision not to pursue a feasibility study to determine the full scope of benefits and pitfalls around developing the Larchmont Golf Course.

While the county’s vote took place months ago and is likely a done deal, the committee agreed that it should take a larger and proactive role in voicing support for similar housing projects in the future.

“I’m always bummed when I hear housing projects get turned down,” said committee member Riley Jacobson. “I’m really interested in how we as a community, and how we as a committee, can support these projects moving forward. I feel that’s us.”

County commissioners in December voted against a proposal by BlueLine Development and the WGM Group to build a new residential community on what’s now the Larchmont Golf Course.

Under the proposal, BlueLine sought to build a new golf course one mile away and transform the old course into a neighborhood center with a target of 2,000 new homes, new medical offices and commercial opportunities.

Of the 2,000 units of proposed housing, around 800 would have served as single-family, owner-occupied homes built upon a community land trust to protect affordability. The project also proposed 300 to 400 multi-family homes targeting less than 80% of the area median income, as well as 450 senior living homes.

But golfing advocates, open space advocates and those concerned about historical Ft. Missoula were vocally opposed to the project. The county ultimately decided not to pursue a study to test the project’s viability.

“It was disappointing to not see that project go forward. The lack of vocal support was well taken,” said committee member Paul Herendeen.

While committee members agreed to voice official support moving forward if there’s consensus, some remain frustrated with the process in general. Committee member Laura Bird said she joined the resident oversight committee to move the dial on affordable housing, not to sit through lengthy conversations on the subject.

She said Missoula lacks housing now and affordable housing is in short supply. She believes the county made the wrong decision given the struggle facing Missoula.

“We can have conversation after conversation, but the bottom line is we don’t have enough affordable housing in Missoula,” she said. “I joined this committee in hopes of addressing that situation, but I don’t see that happening. The need is now and I’m really frustrated with all these conversations.”

Members of the committee joined it to address affordable housing, and they’ve worked over the past year to develop the necessary bylaws and take steps in that direction.

However, some cautioned against placing emotional support behind any project that offers housing and urged other members of the committee to set parameters around projects they would or would not officially endorse.

“What I’d want to avoid is a situation where we don’t have guidelines in place to how we’ll weigh in, so we’re just reacting to every new proposal that comes up,” said committee member Will Sebern. “I’d want to be thoughtful about establishing some guidelines that we could all agree on if we’re going to speak as a committee.”

When the city places its official support behind a project, Missoula Mayor John Engen said it has gone through an extensive vetting process by professional planners. That includes a deep review of state laws and city policies.

Engen said the review also includes the zoning code, the growth policy, the city’s transportation policy, its open space plans and infrastructure. By the time a recommendation reaches the City Council, the professional work has been done, removing emotion from the equation.

Still, he said, the council can still act as it pleases.

“By the time staff brings a recommendation to the City Council, they will have arrived at a professional decisions based on all of that,” Engen said. “But the advocacy we hear on either side of these proposals is something we also weigh and take into account.”