A Missoula County judge must decide whether a state law allowing NorthWestern Energy to get business assurances prior to building energy plants violates the Montana Constitution. If so, NorthWestern Energy has been taking advantage of its customers for 19 years, according to Missoula residents who sued the corporation.

The 2003 “pre-approval” statute allows NorthWestern Energy specifically to apply for PSC approval before building a plant. Once pre-approval is granted, the company can build its plant and is guaranteed payment from ratepayers, even if or when the plant doesn’t work.

350 Montana and Missoula residents Eric and Abigail Huseth and Jerome Walker filed their lawsuit in May 2021 primarily in response to NorthWestern Energy’s request for PSC pre-approval to build a natural gas plant in Laurel. NorthWestern has since withdrawn that application. However, 350 Montana attorney Monica Tranel said the company has used its pre-approval right for several construction projects at a cost to Montana customers.

“Since 2003, NorthWestern has only used pre-approval to bring its resources into its rate-base, but no utility other than NorthWestern has access to this,” Tranel said. “The utility pre-approval shifts the financial risk from the utility to the consumers. It is, in fact, a blank check. The utility has an incentive to bring in large, expensive plants because their profit is multiplied by the dollar value of the plant. The bigger the kingdom, the bigger the king.” 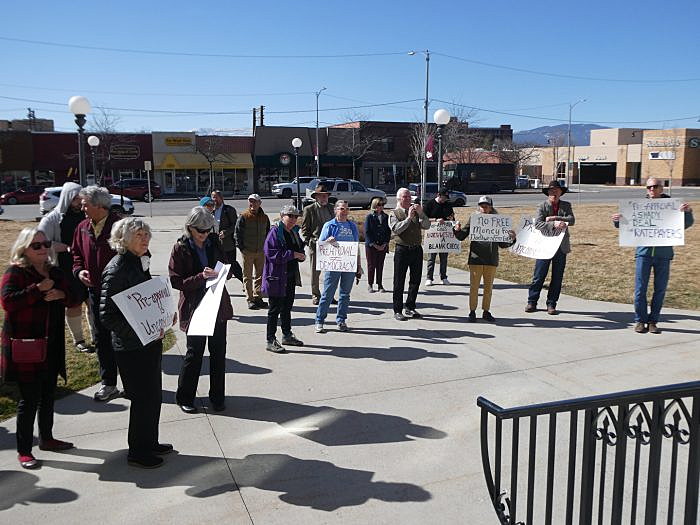 Almost five-dozen people wedged themselves into the third-floor courtroom of the Missoula County Courthouse to listen to two hours of the history behind the pre-approval law and legalese on what constitutes a “special class” of businesses or people and “special privilege.” The constitutional question hinges on whether NorthWestern got a special privilege.

Tom Tordal, attorney for Walker and the Huseths, boiled the situation down to two material facts: four utilities served Montanans in 2003 but only NorthWestern got the benefit of asking the PSC for pre-approval.

“The role of the Legislature is to do the people’s business, not a corporation’s business,” Tordal said. “The pre-approval statute applies to and favors only one of (the utilities), which is less than an entire class, and it’s therefore a special act.”

NorthWestern attorney Ben Alke argued that the pre-approval law applies only to NorthWestern because only NorthWestern needed to build generation facilities after the Montana Legislature’s disastrous 1997 decision to deregulate the power industry. NorthWestern Energy bought what was left of the Montana Power Company, which included transmission infrastructure but no generation capability. The hydroelectric dams had been sold to Pacific Power and Light.

In addition, Alke argued, the pre-approval law requires that power be provided to Montana customers. The three other utilities – Montana-Dakota Utilities, Avista and Black Hills Power – can’t meet that requirement because they service other states.

Finally, Alke said, the pre-approval law doesn’t guarantee a proposed plant’s approval – the PSC can deny part or all of the application.

Assistant Attorney General Timothy Longfield, arguing for the PSC, said Marks’ job was not to decide whether the Legislature’s choice was the most reasonable but to decide whether legislators were justified in creating the law for NorthWestern. Longfield argued they were.

“These are capital-intensive investments, and investors are going to perceive an investment in NorthWestern’s acquisition of one of these assets as much less risky if NorthWestern has pre-approval from a development regulatory entity,” Longfield said.

Ultimately, Constitutional law trumps Legislative statutes, Tranel said. So if the pre-approval law violates the Constitution, all the justifications for why the Legislature passed the law don’t matter, Tranel said.

She emphasized that NorthWestern was able to go from the verge of bankruptcy to having a $3 billion market cap, partly due to $1.5 billion in assets that Montanans paid for.

“That the largest monopoly in the state has to go to the commission to avail itself of this special privilege doesn’t make this statue constitutional,” Tranel said. “And don’t take our word for the whether or not this law is irrevocable. Take the (Public Service) commission’s word. In their order, the commission said the inflated value that the monopoly uses to bring its assets into rate base is a ‘law that may never be subsequently be disallowed or questioned.’”

During final questions, Marks asked Alke whether the ability to get pre-approval likely cemented a monopoly for NorthWestern, because no start-up utility would have a similar advantage.

“Pre-approval clearly is a special privilege. The ability to go before the PSC, regardless of the project, and get that business certainty that allows financing for that project is clearly a special privilege when it’s a benefit that nobody else gets,” Marks said.

Alke denied there was any privilege, repeating that the law doesn’t guarantee PSC approval. He also said no other company could afford to move in to operate in Montana, so it’s not unconstitutional to deny access to other companies for privileges they can’t use.

“There is no case that says because there is a law that gave one person something good, that that was illegal,” Alke said. “This law puts several obligations on NorthWestern. It’s true that it’s a monopoly. But that doesn’t mean they’re making money hand over fist. The commission limits the amount. Public utilities don’t make as much as tech companies.”

Alke said if Marks was to do anything, he should just remove the specific mention of NorthWestern Energy from the law instead of striking the entire law. 350 Montana wants the entire law declared unconstitutional.

Marks asked both sides to submit proposals of what they think the order should be within 30 days.