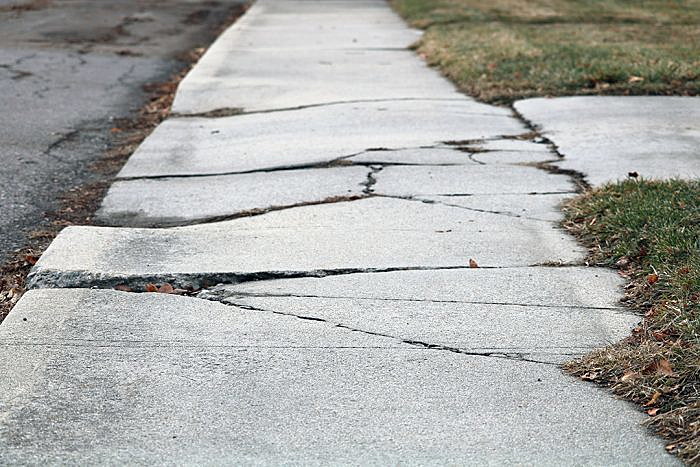 Despite the opposition of four, the Missoula City Council on Monday made good on the city’s pledge to uphold the tenets of its curb and sidewalk program and reimburse those who completed the work last year.

The program enables a homeowner to complete costly sidewalk projects in partnership with the city, which finances the costs. Once the work is finished, the city recovers its expenses by placing an assessment on the property, which enables the homeowner to repay the costs over time.

“I’ve used this mechanism, and I think it’s a nice option to have,” said council member Heidi West. “Having this as a resource allowed me to make a relatively expensive improvement without having to bear that up-front cost and pay it back at a really reasonable rate.”

Those who use the program can reimburse the city over a term of eight, 12 or 20 years at a low interest rate. The current program was implemented in 2019 after it became clear that the city’s old program placed too much of the cost on homeowners.

But after months of research, policy discussion and working with property owners, the city unveiled its current program, which places some responsibility on the homeowner without raising taxes on the larger public.

“This is the creative solution,” said council member Mike Nugent. “Prior to this version of city policy on sidewalks, it was more expensive for homeowners.”

Advocates of the current program also say that by bonding the work and assessing the costs, the program frees up revenue in the city’s General Fund for other public services. In 2019, the cost of building a new sidewalk was $68 a linear foot, and the costs have since increased.

Some opponents of the current program, including Carlino, believe the city should cover the entire cost. He suggested that the revenue should be pulled from the General Fund, even if that places the cost on all taxpayers, as other council members noted.

Carlino added that not all sidewalk replacements or installations were voluntary. John Contos, Kristen Jordan and Sandra Vasecka also voted against the reimbursement.

“I think the city needs to fund sidewalks, not the adjacent homeowners,” Carlino said. “We’re spending about $20 million a year on police for safety, and sidewalks should be at least 5% of that budget. This current policy is inequitable because we’re making homeowners pay thousands of dollars for sidewalks that run next to their house.”

At the same time, however, Carlino said he agreed that developers should be required to build sidewalks as part of their project. That prompted other council members to note that those development costs are passed on the end buyer, including the cost of the sidewalk.

Some members of the public made the same observation and suggested the current program was fair.

“If I’m going to buy a new house, the developers are going to charge me for the sidewalk that Daniel (Carlino) doesn’t think they will for some reason,” said Diane Stenslandbrickers, who is looking to buy a house. “Any sidewalk built is going to be paid for by whoever owns the house that’s in front of it, whether it’s a new sidewalk or a sidewalk put in front of an old house. A cheap loan from the city is the best way to do it.”

Of the four assessments on the table in Monday night’s vote, three were sought by property owners. The fourth include a homeowner’s association that couldn’t fund the up-front cost of sidewalk repairs, and whose sidewalks were determined to be a public safety hazard.

Under the program, the city covered the $26,000 cost and will recover that in payments over time through assessments placed on the homeowner’s association.

“If we expend funds or hire people to do sidewalks for thousands of dollars, and they come to us for the financing that we promised them in a policy and we don’t back that up, I think that’s doing our constituents a great disservice,” said council member Gwen Jones. “If we want people to trust government, we back up our words with actions when we say we’re going to do it.”